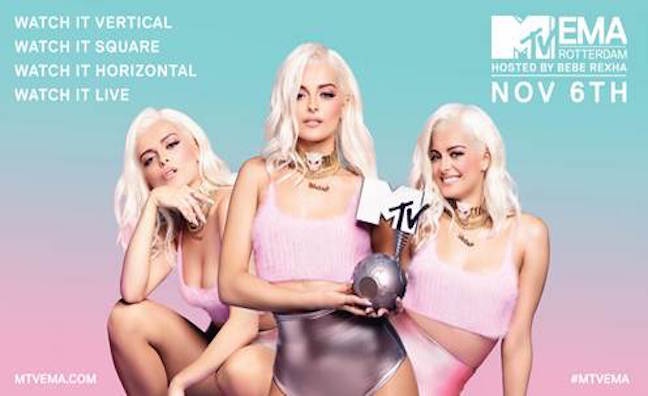 US pop star Bebe Rexha will host and perform at the 2016 MTV EMAS, which take place in Rotterdam, Holland on Sunday, November 6.

To celebrate the announcement, Rexha will be taking part in a special Facebook Live broadcast from New York’s Times Square studios at 1pm EST on the official MTV EMA Facebook page.

In addition to her career as a performer, Rexha has penned hit songs for a wide range of international stars, including the likes of Eminem, Selena Gomez, Pitbull, Iggy Azalea and more.

"The MTV EMAs are the place where the whole world comes together to celebrate the universal language of music,” commented Rexha. “I'm thrilled to be hosting this year's party, and to show the world a new side of Bebe."