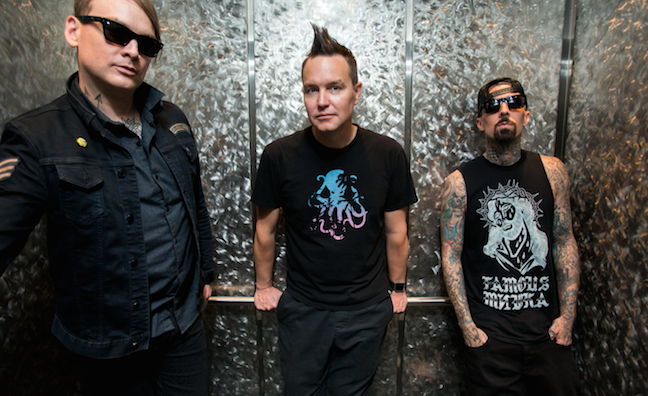 Blink-182 have exited BMG and moved to Sony Music's Columbia for their new album.

Nine will be released on September 20.

In the latest issue of Music Week, CEO Hartwig Masuch has some choice words for those established acts who have enjoyed a career boost yet subsequently opted to exit BMG for a major.

Blink-182 scored the first UK No.1 album of their career with California on BMG. The 2016 LP has sales to date of 104,248, according to the Official Charts Company. It also hit No.1 in the US, their first and only other Stateside chart-topper since 2001’s Take Off Your Pants And Jacket.

The pop-punk band were previously signed to Universal Music labels.

Pvris have also left BMG, which released their first two albums. The US rock act have moved to Warner Records.