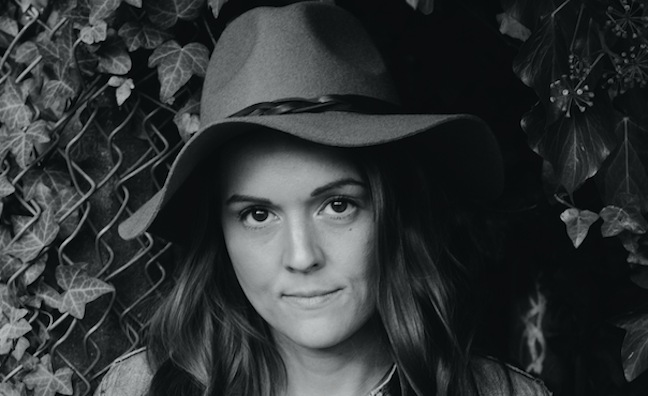 Adele, Dolly Parton and Pearl Jam are among a stellar array of artist who have contributed to Cover Stories, a new charity album to benefit War Child comprised of covers of US folk rock artist Brandi Carlile’s The Story record.

The Cover Stories collection features newly recorded versions of each of the 14 songs on Carlile’s The Story, which celebrates its 10th anniversary this year. All proceeds from the album, which is out today (May 5) and features a foreword from former US President Barack Obama, will go directly to the War Child charity, aimed at helping rebuild the lives of children affected by war.

Speaking to Music Week, Carlile explained how the refugee crisis and her own personal experiences with parenthood influenced her decision to start work on the project and revisit her breakthrough album.

“My wife Catherine [Carlile} is from London and she was a charity organiser for Paul McCartney for nearly a decade,” Carlile said. “We met because she wanted to support a campaign that I was running called Fight The Fear in the US [a violence prevention initiative for women and girls]. She moved here and we got married and had a daughter and when she was born I was having a difficult time with the paradigm of having a child born into security and relative safety and feeling this intense impulse I had to protect her, and knowing there was this refugee crisis where children were being displaced, many dangerously so.

“It was really weighing heavily on my mind, so Catherine pointed out to me that my record The Story was coming up for its 10-year anniversary and that we should use it to raise money and create awareness around this refugee problem in America, because it didn’t feel like Americans were ready to talk about it. She said, Let’s get War Child on board and when we went on to their home page they were running a campaign called The Story. It just unbelievable and didn’t feel like it could be a coincidence! We called them and told them what we had in mind and they decided to give us a shot. And I thought we could really make something profound.”

Carlile also insists that the stark change in Government from the Obama to the Donald Trump administration has been a catalyst in galvanising people to campaign for causes around the refugee crisis.

“We’ve become a nation of activists,” said Carlile. “There was a false sense of comfort and security after having such a lovely president for eight years in Barack Obama. We all felt everything was moving in the right direction. Then it seemed like difficult stories and traumatic recounts of conflict were not being absorbed with the level of urgency they needed to be absorbed with. I don’t know if that’s proximity to the problem or complacency, but whatever the case, over the course of the two years I’ve worked on this album there has been a groundswell of support. After the election I didn’t just have artists on this album, I had activists. They were emailing me and asking what they could do to broaden the reach of the album.

She continued: “If there is one thing I want to achieve with this record – of course I want it to achieve fundraising and awareness – but I really want the diversity of voices on this album to create a scenario where we stop politicising babies and children and talking about them like they are commodities instead of human beings who we have a higher calling to protect.”

When it came to adding a some additional star quality into the mix, Carlile said those who get involved could not have been more willing to give up their time and money for the cause.

“I drew up a list of people and started writing letters instead of songs,” she said. “The first one to agree to do it was Dolly Parton and I was absolutely shocked. Once she signed on it got a little easier, people were interested that she had decided to get involved. People like Dolly Parton fans getting into a theoretical conversation with Pearl Jam fans is a really exciting concept.

“As the project developed, everyone started doing everything for free, and then we got a record deal and a label [Sony’s Legacy imprint] to put it our for free without taking any proceeds. Everyone started giving up their fee and I’ve never seen anything like it. It's a true charity project. That’s one of the most powerful things about it. I’d love to raise $1 million.”

Commenting on the project, Obama said: “As an artist, Brandi Carlile is using her talent on behalf of the most vulnerable among us, children living in areas of conflict. She reminds us that, together, we can build for our children a more just, peaceful world.”

"I love Brandi Carlile, I love her singing, and I love her songs, especially The Story,” added Parton. “I was so honoured and proud to be part of that song. It’s one of the highlights of my career."

Meanwhile, Pearl Jam’s Mike McCready, said:"It was an honour for Pearl Jam to re-record Brandi Carlile’s Again Today for the Cover Stories album benefiting War Child. We are grateful to artists like Brandi for organising meaningful projects like this one to help mitigate some of the pain and suffering experienced by children in war torn countries around the world. We have long been supporters of War Child and are huge fans of Brandi as both a musician and a human being.”

Carlile and long-time bandmates The Twins (Tim and Phil Hanseroth) have confirmed a run of special tour dates to celebrate the release of Cover Stories called An Acoustic Evening with Brandi Carlile Performing The Story in Its Entirety and More. The nine-date run kicks off April 21 and shows in Birmingham, Athens, Austin and Los Angeles are already sold out.

Rob Williams, CEO of War Child UK said: “War Child has a strong and enduring story of harnessing the power of music to support children forced to live with the brutality of war. This fantastic album will help fund our vital work - from supporting Syrian children to access education, to reintegrating child soldiers in the Central African Republic and working in juvenile justice in Afghanistan.”

You can see the full tracklisting for Cover Stories below.