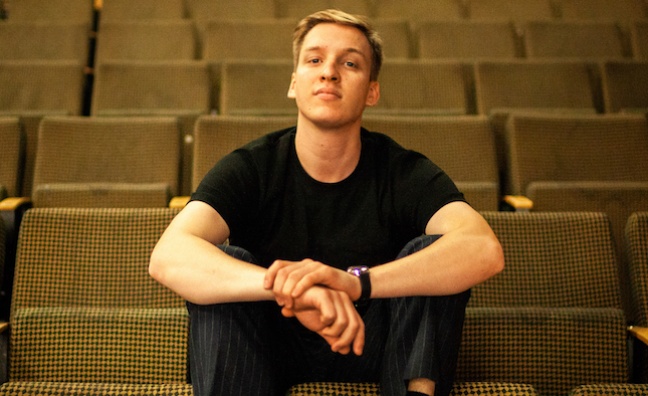 This year’s nominations were unveiled on ITV’s The BRITs Are Coming preview show (January 12) in a new 5pm slot. Hosted by Claro Amfo, it featured performances by Little Mix, Ezra, Jess Glynne, Not3s and Mabel, as well as Critics’ Choice winner Sam Fender.

The BRIT Awards 2019 with Mastercard takes place on Wednesday, February 20 at The O2 Arena, London. It airs live on ITV and will again be hosted by Jack Whitehall.

Anne-Marie, who was Music Week’s Breakthrough Artist Of The Year, is up for British Female Solo Artist and Mastercard British Album Of The Year (Speak Your Mind), as well as British Single and British Artist Video (2002).

Dua Lipa, who won two BRITs last year, has two nods in each of the British Single and British Artist Video categories for One Kiss and IDGAF.

If you count feature collaborations, Jess Glynne is also up for four awards, including British Female Solo Artist and British Single for I’ll Be There and Rudimental hit These Days, which is also nominated in the Video category.

George Ezra, who was Music Week’s Artist Of The Year 2018, is up for three BRITs - British Single (Shotgun), British Male Solo Artist and Mastercard British Album Of The Year for Staying At Tamara’s.

Other Album nominees include The 1975 for A Brief Inquiry Into Online Relationships, Florence + The Machine (High As Hope) and Jorja Smith (Lost & Found). Smith is also up for British Female and British Breakthrough Act, alongside Ella Mai, Idles, Mabel and Tom Walker, who won big at the Music Week Sync Awards last year.

In the British Group category, Gorillaz are nominated again following their win in 2018. As well as The 1975, they are up against Arctic Monkeys, Little Mix, Years & Years and The 1975.

Jason Iley, BRITs chairman and chairman & CEO of Sony Music UK and Ireland, said: “These nominations illustrate what an incredible year it has been for British talent and remind us what a great time it is to be a music fan, both in the UK and beyond. I’m delighted to see the nominations representing talent across a wide variety of genres – from returning artists to some incredibly exciting new talent, who are set to become the stars of the future. With such a strong list of nominees, we are certain of a fiercely contested and exciting night at the awards show in February.”

In the international categories, US rappers including Drake, Eminem and Travis Scott appeared in the Male shortlist, though Post Malone and the late Xxxtentacion missed out.

US artists also dominate the International Female Solo Artist category, with Christine And the Queens flying the flag for France in a tough contest with Ariana Grande, Camila Cabello, Cardi B and Janelle Monae.

Former BRITs winners Jay-Z and Beyonce are nominated as The Carters in the International Group category, alongside Brockhampton, First Aid Kit, Nile Rodgers & Chic and 21 Pilots.

The 1975 – A Brief Inquiry Into Online Relationships (Dirty Hit/Polydor)

Jess Glynne - I’ll Be There (Atlantic)

Christine And The Queens