'Britpop was one big party': Louise Wener on Sleeper's return 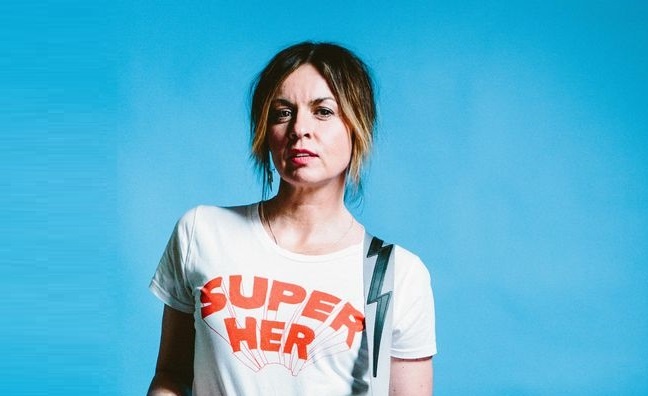 For the first time since 1997, Britpoppers Sleeper have a new album out.

The Modern Age hit racks on Friday (March 22), the band’s first LP since they reformed in 2017. Bassist Diid Osman – now director of artist relations & venue partnerships at live music tech firm Peex – has been replaced by Kieron Pepper, but the rest of the classic line-up is in place: guitarist Jon Stewart, drummer Andy Maclure and, of course, singer-guitarist Louise Wener.

Despite the release being caught up in the problems at PledgeMusic, it's made a fast start at retail and should be on track for a high new entry in the midweeks later today, while the band are currently on a UK tour that calls at the O2 Forum Kentish Town on April 13. So what better time to sit down with Wener – who left the music business to become a successful novelist – to discuss streaming, Britpop and why the Sleeper reunion is rather different to the Bros one…

Not many people expected Sleeper to get back together…

“Neither did we! It was definitely not on the horizon at any point. We’d sworn off it completely so it was a big of a shock.”

So what made you take the plunge?

“We still got the emails saying, ‘Come and do some gigs, we’ll sort it out for you’, but I’d got to the stage where I was deleting those emails without even looking at them. Then someone really close to me got really sick in 2017. It was a bit of a spur of the moment thing, I just wanted to do something that was completely out of my comfort zone in the midst of something really sad happening. I thought we’d just play a few gigs, it was like a crazy challenge to see if we could get back on stage and play again, and even that seemed like an extraordinary task at the time.”

And how was it?

“I’d completely not done anything. I hadn’t performed, I hadn’t been on stage, played guitar, any of that stuff. The others had but, for me, it was a complete turnaround. And it was quite hard but also amazing, because you remember what was great about it.”

Was the reunion at all like the Bros documentary?

“I wish the Sleeper reunion was like that! I wish I’d had a big portrait done of my dog with a pint of beer! But there wasn’t as much bad blood with us, we’re all pretty chilled these days.”

“We’re really proud of it actually. Recording was always my favourite part of being in a band. For me, going back to writing, sitting there with a guitar and seeing if I could write a melody again, seeing if that worked, that was probably my favourite part of it. And then going to the studio and putting it down and making it all work, I love that process. The creative bit of it is always the most interesting part of it for me.”

What’s different about the music biz second time around?

“Well, it’s turned out to be strikingly similar actually, given that we’re one of the PledgeMusic bands. We did it that way precisely because we thought we’d have control over it and that would be the safest way to do it! It turned out to be the absolute reverse of that in the end. What was nice about the whole idea was you were communicating with fans and it gives you an instant line directly to them, which is great. But the trust that had been built up was obviously utterly misplaced.”

How is it having to deal with streams and social media and all the other stuff that bands didn’t have to worry about in the ‘90s?

“It’s completely different. To be honest, I like all that stuff. I would have loved it when I was a teenager. I would have loved to be able to access music that way. Now my kids love it. The social media thing is interesting, I thought I would not like that so much, but I like that you can talk directly to people and have that communication. Back in the ‘90s, you never really knew what anyone thought. Well, you knew what certain people thought in the press, and you did your gigs and got some feedback from fans, but there was no interaction over and above that. So the idea of the window of communication being constantly open is generally a really nice thing. That thing of being filtered has gone and that’s good.”

How do you look back at the Britpop era?

“This is the question everyone asks and I don’t know what the honest answer is. I think the whole thing is over-analysed. There’s too much emphasis on what it meant, what it represented, was it the last hurrah, all that cultural analysis that goes on around it. It probably doesn’t bear that level of analysis. It was a bunch of bands whose songs you loved or didn’t love. It meant a lot to the people who were growing up and being young in that period but, in terms of it representing some sort of nadir of British music, I don’t think any of that stands up. It was huge fun, it was one big party but that’s probably been the case whenever you get a movement in music and you’re in a successful band, it’s always going to be fun times. But Britpop being to blame for Brexit or whatever? That’s going a bit far…”

Will guitar music ever be that dominant again?

“It’s hard to know, but the nature of music forever has been cyclical. Things go and come back and people rediscover a sound or a sense of things. What’s difficult is, you’ve become so used to music being affected. The music we listen to on the radio, the stuff that gets through is so perfect and doctored, that very organic guitar music with its mistakes coming back and being the thing seems unlikely. Pop music is so dominant now. Streaming is the charts now and it’s all about what your skip rate is and who’s listening and how quickly they turn off. Everything is being thought about on such a minute level. But music has been like that before over the decades, so people might rediscover it the way they rediscover vinyl. You never know! It’s human nature to crave difference and something that steps out of those boundaries. And some really cool young bands would help…”