BRITs Week part 1: Ellie Goulding on what it really feels like to win the Critics' Choice Award 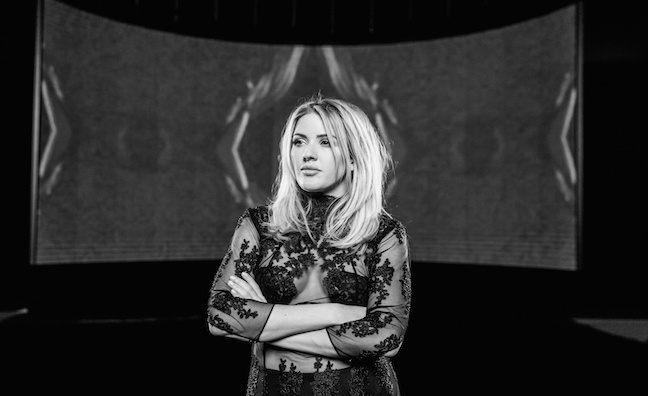 Welcome to BRITs week. It’s a big one for the music industry and, with the new edition of Music Week dedicated to the Awards; we’re bringing you everything you need to know about this year’s bash.

In the magazine, we celebrate 10 years of the Critics’ Choice Award by charting its history, with contributions from past winners and the executives that helped them get there.

But what does it really feel like to win? To kick off BRITs week, read our candid interview with 2010 champion Ellie Goulding, who got the nod over Marina And The Diamonds and Delphic in 2010.

It’s safe to say Goulding’s career rocketed in the wake of her Critics’ Choice win. We wind the clock back with the singer to find out what it feels like to be thrust under the brightest spotlight in the music business…

Where were you when found out you’d won?

It must have been an important thing for me, because I remember the exact moment and I have a notoriously terrible memory! I was doing a photoshoot and they couldn’t find anything to fit me or that looked right and I remember being really upset about it. I went upstairs and just cried, I remember being so sad. Then my press person came up the stairs and told me that I’d won and we both fell on our knees crying! I think it was one of those moments that made me think, ‘Maybe this is going to be something exciting’.

What does the Critics’ Choice Award mean to a new artist?

My first few years of being a musician were filled with all kinds of emotions and doubts about myself and whether I could do it, but I think that award probably generated those feelings. It’s a sign that you are an exciting new artist and I felt very grateful to have that accolade, but at the same time it made me feel, ‘Oh shit, I really need to prove myself to people.

What were the immediate after-effects?

Sometimes I had to visit two or three countries in one day. That was something I could never have prepared myself for, it was emotionally and physically draining and you really have to build stamina for that shit. After all that I can take on anything. You’ve got to get out there if you want people to invest in you as an artist.

Is it an important thing for the industry?

I think it is still important. I like to know who’s making exciting music. I love that moment before everyone else hears about an artist, I remember when I had that and there were a couple of thousand people in London listening to my music on MySpace. The award kickstarted things. It had a positive and a negative effect but sometimes you need that challenge. It’s still very important. With streaming and releasing, there doesn’t seem to be a rulebook of releasing music anymore, things are rapidly changing, but I still love the idea of those moments of appreciation for someone who’s up and coming and is making magic and who should be on people’s radar.

Read the full article in the new edition of Music Week, out now.