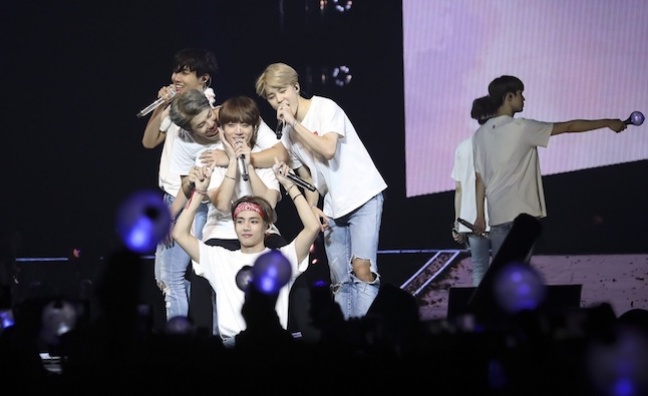 K-Pop superstars BTS have dropped their new music video for Boy With Luv ft. Halsey to coincide with the release of their new EP.

The video, which has already racked up 493,508 views at press time and 1.2 million likes, and is from their  seven-track Map Of The Soul: Persona EP, which dropped today (April 12) at 10am UK time.

Love Yourself: Tear, which reached No.1 on the Billboard charts, saw BTS become the first Korean act to score a UK Top 10 album (with the help of The Orchard and Proper).

The album had three million pre-orders globally and features contributions from Ed Sheeran and the aforementioned Halsey. BTS are set to perform tomorrow night on Saturday Night Live in the US.

The group play two sold-out shows at the 80,000-capacity Wembley Stadium from June 1-2, promoted by Live Nation. Last October they shattered the merchandise sales record for The O2, which had been held by The Rolling Stones since 2012.