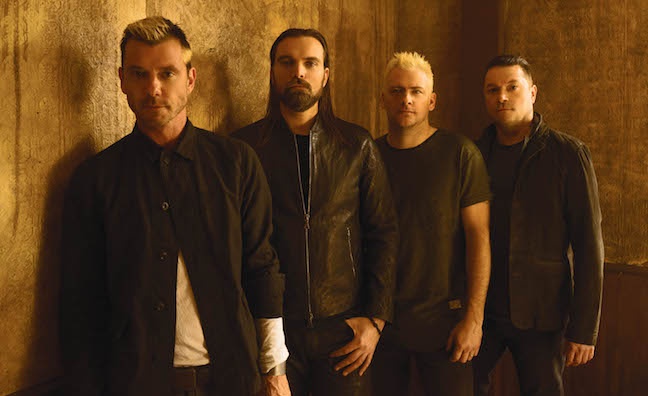 Bush and frontman Gavin Rossdale have entered into a worldwide partnership with BMG.

The deal includes a publishing agreement for Rossdale’s song catalogue, as well as a recording contract for the band to release a remastered version of current album Black And White Rainbows with bonus tracks.

The album was originally released in March via the band’s own label, Zuma Rock Records, in partnership with Caroline International for artist services.

BMG has made a string of signings of established artists recently including Morrissey for his much-anticipated comeback, Boy George and The Prodigy. The company recently posted half-year results showing a revenues surge.

The Bush reissue dropped on digital formats on October 13 via Zuma Rock Records/BMG, with a CD release to follow. The 17-track expanded edition of Black And White Rainbows includes two new songs, This Is War and Alien Language.

“I'm very excited to be partnering with BMG - a very powerful label with the passion and capability to bring Bush to a very wide audience,” said Rossdale.

Zach Katz, president, Repertoire & Marketing, BMG US, said: “Led by Gavin and his extraordinary catalogue, Bush remains one of the most successful bands in rock. We welcome them to BMG and look forward to continue building on their musical legacy.”