Can Vevo break your band? 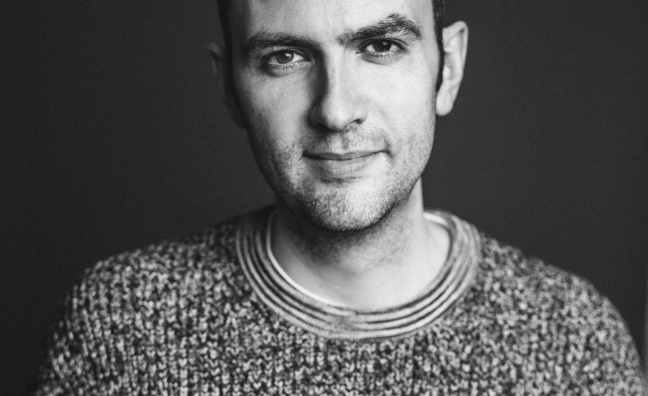 Whether or not Vevo can break an act depends on whether you see it as reflective of the music industry, or a driver of discovery. Certainly, its DSCVR sessions and LIFT programmes, which showcase a range of new acts across labels of all sizes and genres, have seen their fair share of successes.

Artists named for LIFT so far this year include Jack Garratt and Aurora, who have both also released debut albums in 2016, following fairly high-profile successes such as winning the BRITs Critics’ Choice for Garratt and singing the 2015 John Lewis Christmas advert for Aurora. So would they have been huge either way?

Tom Connaughton (pictured) was previously Vevo’s VP of content and programming in the UK, and was promoted at the start of the year to head up the platform’s global team - he certainly thinks Vevo can break an act. He tells Music Week: “That’s something we’ve been doing for a long time and put a lot of energy into as a business. Globally, but also in the UK, we’ve really focused on new music and audiences who love discovering new things, hence the DSCVR show coming out which feeds into LIFT.

“I guess a good place to start, to give you a clear picture of how we’d like it to work, is someone like Jack Garratt. How we’ve been working with him over the past year, and how we’ll be working with him over the next year in terms of partnering directly with Jack and Sam [Faulkner] his manager to help give him a platform and get his music out there and connect with an audience.

“Everyone does their Ones To Watch lists, and everyone looked at ours and said, Tom, why didn’t you pick Jack Garratt for your Ones To Watch list this year? I was like, Because he was on our Ones To Watch last year. So he was One To Watch in 2015 for us, and that was one of his first live sessions. We put that out in November 2014; we’re going to be much more targeted in terms of where we target our audience. We want to play the long game and get these things we think are interesting and cool to our audience quicker and earlier, and start a relationship. We loved Jack’s music so we spoke to him and the management directly and they were like, We absolutely want to do this.”

The eight-week LIFT campaign for Garratt at the start of 2016, then, follows a supportive long game that began over a year ago. His appearance in Vevo’s DSCVR Ones To Watch list came less than six months after the release of debut EP Remnants and preceded the singer playing Radio 1’s Future Festival. Vevo might not have been the very first ones on the ground – earlier support came from airplay with Zane Lowe and a slot on the BBC Introducing stage at Reading & Leeds – but they were certainly there from close to the start.

Garratt’s DSCVR performance of The Love You’re Given has to date garnered more than 200,000 views on Vevo. The video premiere of single Weathered, released in July last year, has almost 2.7 million views. The singer/songwriter also performed on Vevo’s stage at The Great Escape last year, with video content from that collectively racking up more than 200,000 views. “We wanted to make sure it’s the best lights, best sound, best stage, so for those artists like Jack, it’s the first time they’ve been given that platform,” says Connaughton.

“That’s what we want to do whether you’re a superstar or a new artist, and one thing we really want to do is start helping in ways like we are, but also in more tangible ways, helping artists bridge that gap between grassroots music and the top of the tree. [With Garratt] you see there’s a mix of us connecting him with an online audience but creating a real world opportunity as well, especially at somewhere like The Great Escape with the sort of influential tastemaker audience that you find there.”

He adds: “After The Great Escape gig, I went to see Jack Garratt and he was high as a kite - not through any illegal substances but through the performances. This guy was on the ceiling, he was wired. It was amazing to see. That’s why I like working with new artists who’ve done something fucking amazing for the first time, they’re absolutely buzzing. I remember speaking to him, I just walked out thinking, How is that dude going to sleep for the next week? That guy’s really special and when you see someone’s performance have that impact on them, it was incredible.”

The LIFT programme culminates in a large Halloween party, where the chosen acts play to “5,000 zombies or whatever,” says Connaughton. By the time Jack Garratt plays, Vevo will have been supporting him for two years.

“There’s original content that we’re creating, whether that’s live sessions or films, beautiful and bespoke films about the artist,” Connaughton points out. “Then there’s promoting videos, because we’ve got a huge network across our apps and properties and YouTube, so pushing his videos out; and then real world experiences as well, The Great Escape, Halloween, stuff like that, so it’s a really nice mix in terms of how we’re pushing it.”

He adds: “We’ve been very label focused; we’re a music company, and we were born from a record label and that’s been great but now we need to be much more audience focused. That means giving people what they want more and in a more consistent, clear, simple way.

“A programme like DSCVR for instance, we can bring that back, we can extend that back into unsigned, or just signed, or grassroots, or crowd-sourced. There’s still an opportunity for signed artists within it as well, but the timing has to be right, it can’t be when the label thinks it’s the right time.

“As part of LIFT, on the larger sessions we’re going to start bringing fans in, bringing audiences in. That’s really important for us as well because we need a better understanding of our audience at Vevo. We’ve been poor in terms of data research previously, so we’ve been a little bit blind I think. We haven’t had as much information as I would like but that’s a huge focus for the business, and Erik [Huggers, CEO], and our research team.

Also based in Vevo’s US office is Andrea Zapata, the company’s VP of research. She’s the one digging into the data to tell you not just what Vevo’s demographic is (aged 13-34, split 50:50 on gender) but also who’s going to be big next.

While discussing premieres and how people remember where they were when Nicki Minaj’s Anaconda dropped (your esteemed Music Week writer was at an airport coming home from holiday and paid for some last-minute extra data to watch it on her phone), Zapata says: “People want to be notified of premieres. Why? Because people talk about them. They want them surfaced really easily, they want to know what’s new, what’s hot, what’s trending, but they also want the ability to discover a new artist that maybe is a little bit under the radar.

“Being able to find artists right now, using data and analytics, that are sort of hitting that cusp, that are emerging, we found ways to actually discover a window where they start building velocity and views over a period of time and we’re able to say, That’s one to watch.

“It’s across a number of different genres and it was funny because, in 2014, we were doing our year review Top 10 videos, and what we noticed is that five of the Top 10 artists that were on that list were artists that didn’t even exist a year prior. Meghan Trainor, there was Iggy Azalea, there was a number of them, literally no one but their mother knew who they were.

“Their premieres demonstrated that, there were like 700 views on their premiere and then all of a sudden they took off. We would’ve gone and told people here, Meghan Trainor’s going to be the next girl. No one would’ve believed us, but the data was telling us this in a very real way so we’re getting really smart to try to figure out who’s the next Meghan Trainor, or The Weeknd. The Weeknd had a big year. It’s been really cool to use data to inform.”

Vevo gets 17 billion views per month globally – it’s a no brainer that an act’s music should be on there. Even before appearing on the John Lewis advert, Aurora’s videos were on Vevo, with early singles Runaway and Running With The Wolves having 8m and 4.1m views to date, respectively.

Garratt’s timeline of success within the two years that the platform has promoted him, meanwhile, shows that a combination of radio and digital support can go a very long way. It remains to be seen how Vevo’s subscription tier will affect its emerging act-focused programming, but the question of whether Vevo can break a band seems pretty sewn up.

“Vevo’s a monster, and it will continue to delight its audiences with Taylor Swift’s new video or Adele’s launch or Justin Bieber’s nine or 12 videos that we’ve put up, but its job in a holistic sense has got to take in not just the 1% that deliver the 75% but the whole,” says Andy Parfitt, who led Vevo’s content and programming team before Connaughton was promoted, and has stayed with the platform in an advisory capacity.

He’s also known for his previous role of controller for BBC Radio 1. He notes: “There’s a lot of overlap, despite the very different ways that the BBC and Vevo are funded. There’s overlap in intent around developing and nurturing new artists. It’s a commercial organisation, of course it is, but it’s got a purpose that transcends that.”