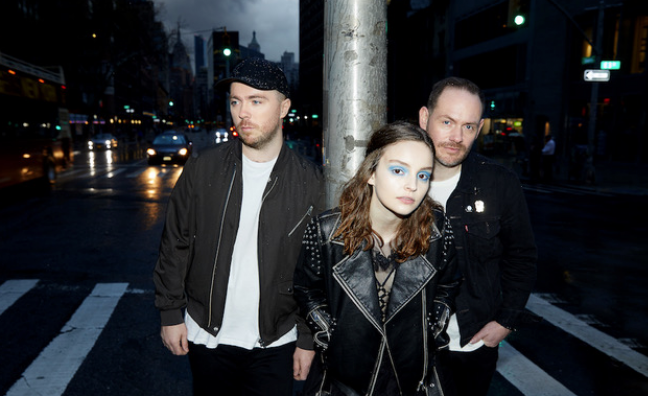 Scottish trio Chvrches have announced the release of their third album, Love is Dead, and shared My Enemy, a single with Matt Berninger of The National.

Chvrches released their celebrated debut album The Bones of What You Believe in 2013, peaking at No.9 and has sold 152,514 copies to date.

My Enemy is the second single released taken from the new LP, with the first, Get Out, maintaining its position on Spotify’s Global Viral chart after being named Annie Mac’s Hottest Record in the The World on BBC Radio 1.

Commenting on the collaboration with The National’s Berninger, Chvrches singer Lauren Mayberry commented: “We had played a few festivals together, but really got to know Matt when we were involved in 7 Inches For Planned Parenthood, a fundraising and awareness campaign that he spearheaded. It's really inspiring and reassuring to meet other artists you admire and realise that they are trying to do some good in the world. We kept in touch after that and, when it came time to record My Enemy, Iain and Martin suggested I email Matt to see if he'd like to sing on it. We never realistically thought he'd have time to do it but he replied right away and recorded the track at his house the next day.”

Chvrches play their first UK show in two years at TRNSMT in their hometown of Glasgow on July 8.