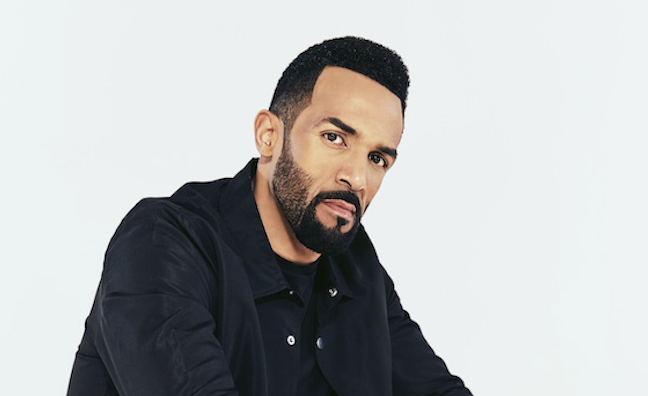 Craig David has unveiled a new single, Heartline, and announced details of a new album.

Craig David hit No.1 with last year’s comeback album, Following My Intuition, which has now sold 137,754 copies, according to the Official Charts Company. His 2001 debut Born To Do It remains his biggest selling album in the UK with 1,909,412 sales.

In a statement about The Time Is Now, Craig David said: “This album is me going back to those days of simple story telling and waving the flag for UK R&B.  It is for all of you that have been with me since those days, everyone that’s joined along the way and is here NOW. I want to say thank you so much (yes YOU!) for being so loving and supportive of me on this musical journey we're on! I am eternally grateful! Play it loud, live in the moment & try to remember, the time is now.”