Craig David reaches No.1 with Following My Intuition 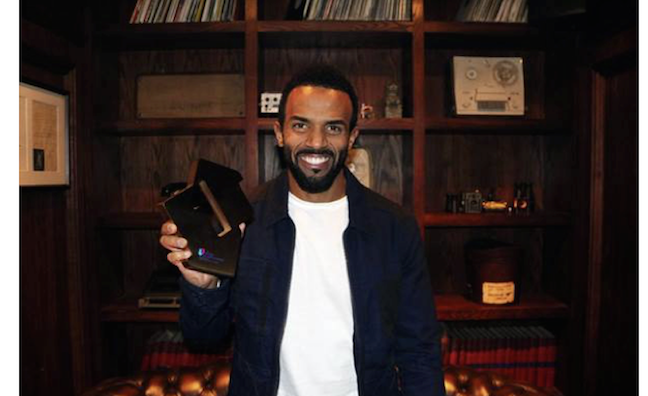 Craig David has reached No.1 with his sixth album Following My Intuition, his first full-length since 2010’s Signed Sealed Delivered.

Crowning a remarkable comeback, the Southampton R&B singer (pictured above at London's Tape Club) sold 24,500 copies of the album in week one, outselling Bon Iver’s 22 A Million by almost 5,000.

Reflecting on the achievement - his first taste of chart glory since debut album Born To Do It reached No.1 in August 2000 - David said: “The last No.1 I had was 16 years ago so to have another and to share it with so many amazing people - it’s surreal. I’m seeing two generations connecting - the people who have been with me since 1999 and the crew who are just discovering me, both connecting on the same music, it’s the most amazing feeling. Thank you so much from the bottom of my heart. I don’t know what’s going on right now!”

Propelled by singles including Re-Rewind, Fill Me In, Seven Days and Walking Away, Born To Do It proved seminal for UK R&B and garage and sold 225,000 copies in week one. It has since achieved 6x Platinum status in the UK.

But after four subsequent albums, David - who has sold 13.5 million records worldwide - moved to Miami in 2012, all but disappearing from the public eye. Spurred on by the success of his TS5 club nights, he returned to the UK last year and recorded a mash up of Fill Me In and Skrillex and Diplo’s Where Are Ü Now for BBC Radio 1Xtra. The video proved a viral hit, as did his Live Lounge version of Justin Bieber’s Love Yourself.

Buoyed by public and industry support, David released comeback single When The Bassline Drops in November 2015 and subsequently signed to Sony/Insanity.

The singer will embark on a 16-date UK arena tour in March, with two dates scheduled at London’s O2 Arena.