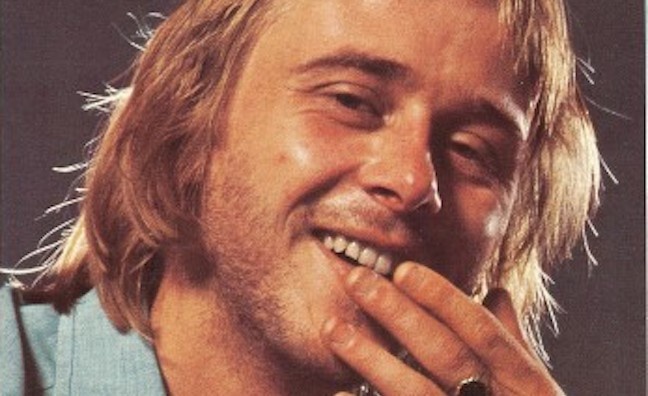 The guitarist, who played on five of the band’s albums, died on Friday (June 8).

“Danny was a huge force in our early years,” Mick Fleetwood wrote on the band’s Facebook page. “His love for the Blues led him to being asked to join Fleetwood Mac in 1968, where he made his musical home for many years. Danny’s true legacy, in my mind, will forever live on in the music he wrote and played so beautifully as a part of the foundation of Fleetwood Mac, that has now endured for over 50 years.”

Kirwan played on albums Then Play On, Blues Jam At Chess, Kiln House, Future Games and Bare Trees for Fleetwood Mac having made his debut with the band, aged 18, on No.1 single Albatross.

He departed the band in 1972 following issues with alcoholism and subsequently released four solo albums before dropping out of the music industry. It was reported Kirwan experinced a series of mental health issues and endured a period of homelessness after dropping out of public view.

Kirwan was officially inducted into the Rock’n’Roll Hall Of Fame with the rest of Fleetwood Mac in 1998 but did not attend the ceremony.

A host of artists, fans and the Hall Of Fame joined Mick Fleetwood in paying tribute to Kirwan.

In Loving Memory Of The Great Guitarist Danny Kirwan…XX pic.twitter.com/Ccjhb837tM

Inductee Danny Kirwan played a pivotal role in @fleetwoodmac foundation as an singer, songwriter, and guitarist on five of their early albums. His guitar lines on hits such as “Albatross”, “Oh Well” and “The Green Manalishi” will always reflect than band’s blues rock roots. pic.twitter.com/AWedVsLVZf

RIP Danny Kirwan. Time to listen to the gentle beauty of Lovely Days from his debut solo album. The birds are painting their pictures in the sky. pic.twitter.com/olpdsJt1OB