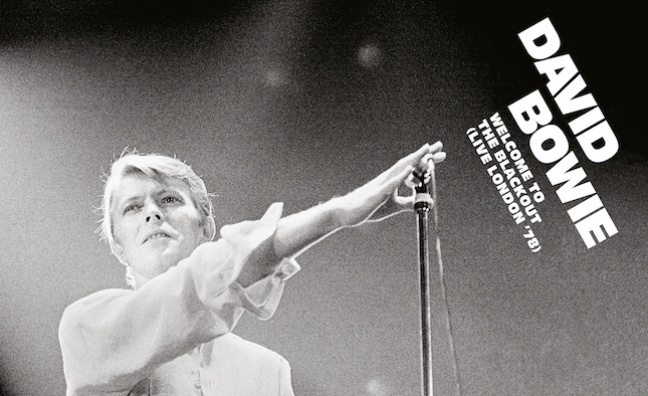 Parlophone has confirmed that a previously unreleased 3-LP live album from David Bowie will be released for Record Store Day on April 21.

The line-up of Bowie releases includes the triple disc set Welcome To The Blackout (Live London ’78), along with the Let’s Dance (Demo) 12” single and the first commercial release of the rare Berlin-era US promo album Bowie Now on white vinyl.

The previously unreleased 3-LP set was recorded live during the ISOLAR II tour at Earls Court on June 30 and July 1, 1978 by Tony Visconti. It was mixed by David and David Richards at Mountain Studios, Montreux.

The full-length demo version of Let’s Dance was mixed by Nile Rodgers - the original co-producer - in December 2017.

Parlophone and Rhino have a catalogue campaign for Bowie lasting at least two more years.