David Bowie tributes: A hero, forever and ever... 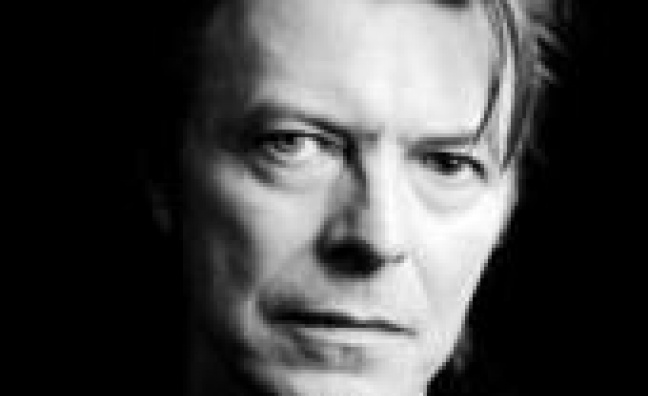 It's two years since the death of David Bowie shook the music world and grabbed media headlines around the globe. Since the rock legend's passing, there's been a renewed celebration of his unique catalogue with strong sales and heightened streaming activity. To mark the anniversary of the Thin White Duke, Music Week revisits the tributes from label teams and publicists as published in our tribute edition.

David Bowie’s music career spanned nearly 50 years and touched millions of fans, but, unlike some of those who have scaled rock’s greatest peaks, he remained remarkably loyal to those who helped him establish base camp.

Tributes to Bowie poured in from far and wide. But Team Bowie is a close-knit group, most of whom worked with Bowie for at least 20 years, and the star never flitted from major label to major label, preferring to put down roots somewhere he could flourish. That means that those in the business who were lucky enough to work with him felt his loss even more deeply.

His final record label was Columbia, part of Sony Music, which released his acclaimed comeback album The Next Day and his current No.1, Blackstar. Sony Music UK’s chairman/CEO, Jason Iley says people are “mourning the loss of a true legend”.

“David Bowie is, without doubt, one of the most important and influential musicians of all time,” he adds. “He was an incredible songwriter, performer, musical and cultural visionary as well as being a uniquely British superstar. We are hugely grateful to have been his most recent musical home. We will remain eternally proud that he chose to release his brilliant and prescient final album, Blackstar, with us. Our thoughts are with his family.”

Sony Music Entertainment chairman/CEO Doug Morris describes Bowie as “one of the all-time greats”, adding: “He was an enormously adventurous and groundbreaking artist who remains as iconic and relevant today as at any time in his legendary career.”

Much of Bowie’s back catalogue is now handled by Warner Music Group. CEO Steve Cooper hails him as “innovator, inspiration, icon”.

“In his music you can hear a dazzling array of ideas, sounds, styles and references, you can pinpoint new genres emerging and you can trace the roots of many celebrated artists who came after him,” Cooper adds. “It is the remarkable legacy of a remarkable man. He will be forever imitated, never equalled and very sadly missed. Our deepest condolences to David’s family, friends and everyone who had the privilege of working with him.”

In his music you can hear a dazzling array of ideas, sounds, styles and references

One of those people was Nigel Reeve, VP, global A&R and content development with Warner Music International, who since 1995 has worked with Bowie and his team on remastering and reissuing his remarkable back catalogue. He remembers a day spent with Bowie in the star’s New York office, choosing photographs.

“He’d clearly picked up I was from the south east of England,” says Reeve, “And he just went on a great nostalgia trip, talking about he and Marc Bolan nicking clothes out of bins in Carnaby Street and trying to outdo each other in what they were wearing. I think we got done what we needed to that day, but I can’t remember because we were just talking. It was fantastic.”

Reeve says the responsibility of looking after one of rock’s most treasured catalogues “sometimes blows my mind” but takes comfort in the fact that Bowie’s classic recordings are now “seeing the love” from a new audience.

“He changed the world,” says Reeve, “He changed my world, and that sums it up.”

Meanwhile, Paul Carey – who worked alongside Alan Edwards at Outside from 2000-2003 – remembers the star as “the ultimate artist”.

“He was meticulous, intelligent and the master of strategy,” says Carey. “The best artists teach you, and David taught me to never assume anything, ever. He was funny and kind and working with him was an honour.”

Honouring Bowie himself will be on the agenda at the 2016 BRITs. Awards chairman and Warner Music UK chairman/CEO Max Lousada hails Bowie as “one of the most influential songwriters and performers ever”. “Naturally, we wish to honour his extraordinary life and work at the forthcoming BRIT Awards and pay a fitting tribute to one of our greatest icons.”