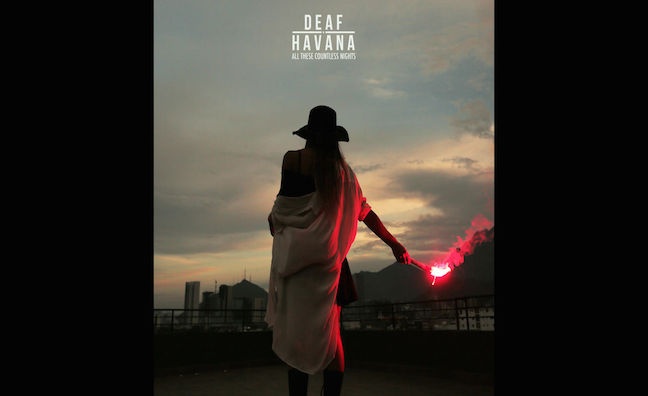 UK rockers Deaf Havana are currently sitting at No.3 in the official midweek albums chart with their new album All These Countless Nights – an accomplishment that has been hailed by So Recordings label director Adam Greenup as “a real achievement for the band, the label and everyone involved”.

According to the Official Charts Company, All The Countless Nights is at No.3 in the midweeks behind the official soundtrack to hit movie La La Land, which is at No.1, and Pete Tong’s Classic House compilation at No.2.

The album is the only rock record to grace the Top 10 in the midweeks, and it looks certain to become their highest charting album come Friday. Deaf Havana’s last album, 2013’s Old Souls reached at No.9, while 2011’s Fools And Worthless liars peaked at No.49.

“Deaf Havana's last album release charted at No.9 (via BMG) so for us to be able elevate this record beyond that position is definitely a real achievement, both for the band, the label and everyone involved,” Greenup told Music Week. “It sounds corny, but it really has been a team effort spearheaded by Angus Blue and Riverman Management and with our friends at Republic of Music who have gone above and beyond to deliver this result.

“We are all going out mob handed on Friday, as charting an independent rock band doesn't happen often and when it does it's important to take stock and celebrate properly.”