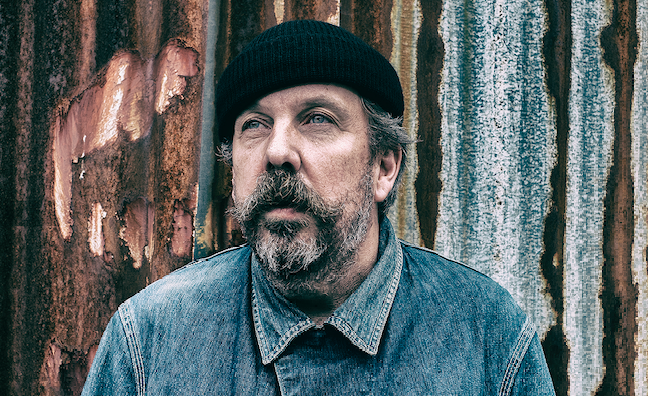 In a statement, his management said: “We are deeply sorry to announce that Andrew Weatherall, the noted DJ and musician passed away in the early hours of this morning, at Whipps Cross Hospital, London. The cause of death was a pulmonary embolism. He was being treated in hospital but unfortunately the blood clot reached his heart. His death was swift and peaceful.”

Weatherall began his career with a slot DJing at Danny Rampling’s Shoom Club Night and he founded the label Boy’s Own Recordings soon afterwards.

Weatherall's solo career began with 2006's The Bullet Catcher's Apprentice and he continued to work as a DJ and producer until his death.

Screamadelica has 570,701 sales to date, according to the Official Charts Company. BBC Radio 6 Music's Lauren Laverne, Ed Simons of the Chemical Brothers and Tim Burgess are among those to have paid tribute on social media.

Shocked and saddened to hear that cosmic traveller Andrew Weatherall has left the building. Always a pleasure to meet up with him and share good times. Rest well mate pic.twitter.com/OIsg2Fb6Di

Absolutely heartbroken to hear about Weatherall. A wonderful person who contributed so much to music and British culture. The world is a poorer place today.

hard to put into words the influence and impact Andrew Weatherall has had on UK culture...
so sad to hear of his passing
RIP

Absolutely distraught to hear this terrible news. Andrew was a longtime friend, collaborator and one of most talented persons I’ve known. Also one of the nicest. Genius is an overworked term but I’m struggling to think of anything else that defines him. https://t.co/nWlyE75bL5

Everyone at Defected is shocked and saddened at the passing of Andrew Weatherall.

He was a genuine innovator in the scene, and one of the most renowned remixers… A legend of electronic music.

Thank you Andrew - your music and contribution will live forever.

I’m really gutted to hear the awful news about Andrew Weatherall. His influence on music was incredible and he never stopped pushing forward when it’d have been easier to rest on his laurels. Most importantly though, he was a great person. Rest in peace.

We lost one of our best today - RIP Andrew Weatherall.

Statement from management: “We are deeply sorry to announce that Andrew Weatherall, the noted DJ and musician passed away in the early hours of this morning, Monday 17th February 2020, at Whipps Cross Hospital, London... pic.twitter.com/VcXrmRNiCJ

very sad to hear about Andrew Weatherall this afternoon. rest in power

We are profoundly sad to learn of the passing of Andrew Weatherall. Our thoughts are with his family and friends at this time.

A true cultural icon and vital contributor to the label, his absence will be immensely felt. Thank you for all the music and memories. pic.twitter.com/SHfJgXrgxd