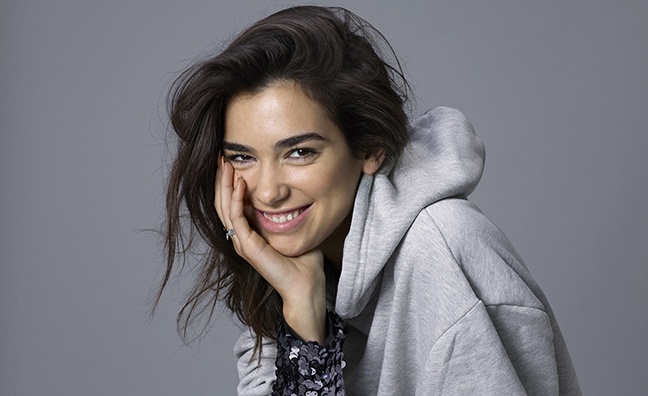 Dua Lipa is leading the pack with five nominations for next month’s BRIT Awards, while Ed Sheeran is up for four awards and J Hus and Rag’N’Bone Man each have three nods.

Dua Lipa’s tally makes her the most nominated female artist in a single year at the BRITs. The 2018 ceremony is staged at The O2 on February 21.

In the major UK artist categories, Sony Music and Warner Music are battling for the honours while Universal Music has performed strongly with international artists. It remains to be seen if Sony will dominate the ceremony as they did in 2017.

As well as securing expected nods for British Breakthrough and British Female Solo Artist, Dua Lipa also earned a nomination in the key Mastercard British Album Of The Year BRIT Award for her self-titled debut. The No.1 New Rules, which helped her become the most streamed female artist in the UK last year, is up for the British Single and Video.

As expected, Ed Sheeran picked up several nominations with no repeat of his Grammys snub for the big awards.  The Atlantic Records singer is nominated for British Album, British Male Solo Artist, British Artist Video and Single (Shape Of You in both categories).

He’s up against Rag’N’Bone Man, last year’s most successful debut artist, who’s nominated for the single Human, British Male Solo Artist and British Album for the million-selling Human. Today Rag'N'Bone Man was confirmed as a performer at next month's ceremony.

Liam Payne, Harry Styles and Zayn are up against each other in the British Artist Video category, an award they won together four times as One Direction.

Dua Lipa, Sheeran, Stormzy and International Group nominees Foo Fighters have already been confirmed to perform along with Sam Smith, who has not picked up any nominations despite the strong sales for sophomore album The Thrill Of It All and No.1 single Too Good At Goodbyes. Smith, who debuted at No.1 in the US, may be hopeful of collecting the Global Success Award, which he previously won in 2015.

Other successful acts last year who failed to get recognised by the BRITs Voting Academy include Take That, Kasabian, Noel Gallagher's High Flying Birds and Rita Ora, while Decca’s Michael Ball & Alfie Boe are expected to target categories at the Classic BRIT Awards later this year. U2 and Eminem appear to have been too late in the Q4 release calendar to make the nominations.

Steve Mac has already been announced as winner of the Best British Producer award.