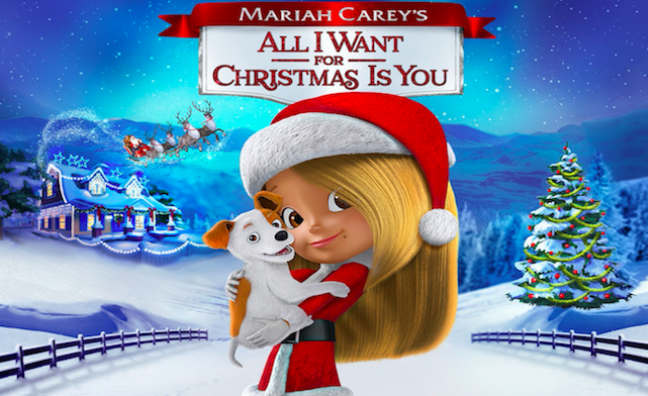 Epic Records have today (November 7) confirmed the release of the original motion picture soundtrack for Mariah Carey’s All I Want For Christmas Is You on Friday November 10.

The record is executive produced and narrated by Mariah Carey, and will precede the animated film’s release which is available on DVD and bluray on November 14.

The movie’s star Brianna Yde also performs her own rendition of All I Want For Christmas Is You.

Carey has also today been listed as a nominee for induction into the Songwriters Hall Of Fame 2018, alongside Tracy Chapman, Alice Cooper, Tom Waits and more.

You can watch the trailer for the animated film below