Event Horizon: David Dollimore on RCA's big plans for Bring Me The Horizon 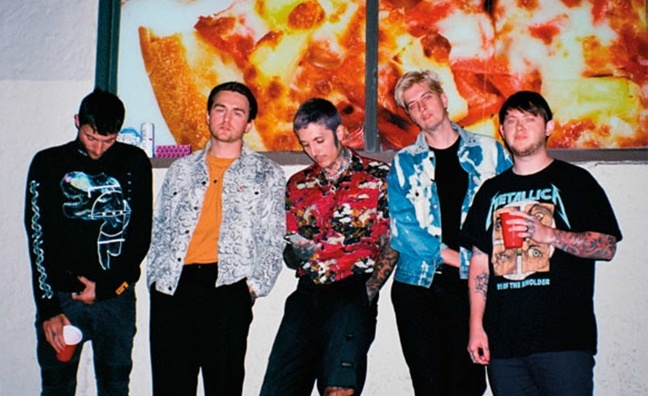 Rock music’s problems with streaming have been well-documented by Music Week, but here comes an exception that might just rule the format.

Bring Me The Horizon are gearing up to release their sixth album, Amo, in January and recently became one of the very few metal acts to be added to Spotify’s all-conquering Hot Hits UK playlist with lead single Mantra.

The band launched their return with surprise sets on the BBC Radio 1 stage at Reading & Leeds Festivals, and Mantra has sold 18,634 copies so far, according to the Official Charts Company. Previous album That’s The Spirit has sold 229,769 copies to date, and became the Raw Power Management-handled band’s second album in a row to top one million global sales.

“The band is absolutely incredible,” Dollimore told Music Week. “When I came to RCA I was aware of the band, but when I started to get to know them and their management, [I realised] what’s exciting is it feels young and new. They’ve had so much success and that’s quite a rare thing for rock acts [nowadays].

“You saw [the audience] at Reading & Leeds,” he added. “It’s young and they worship that band. Oli [Sykes] as a frontman is a total star.”

Mantra is also A-listed at BBC Radio 1 where it was the station’s most-played track last week. It has so far peaked at No.49 on the UK Airplay chart.

“We felt it was a very strong record,” said Dollimore. “In the industry people were like, ‘Wow, that’s such a strong track’. They’ve got some incredible songs to follow and with pre-order numbers and where we’re at, straight to the A-list and streaming looking healthy, I really think this could be a huge moment for the band.”

Dollimore said Bring Me The Horizon – who tour the UK in November and are already plotting even bigger shows for 2019 – are a “global priority” for Sony Music, with the band signed to Columbia Records in the US.

For more on Bring Me and RCA Records, including an exclusive interview with new MD Stacey Tang, see this week’s print edition of Music Week. To subscribe and never miss a vital music biz story, click here.