"Everyone has supported us in our dream of bringing country to the UK": The Shires talk new album Accidentally On Purpose 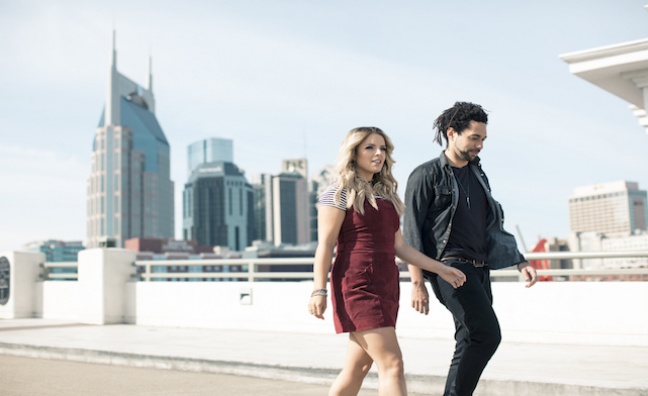 Last time they released an album, The Shires became the fastest-selling UK country act ever. Indeed, both of their albums went gold within the space of 12 months, with 2015’s debut Brave selling 158,636 to date according to Official Charts Company data and 2016’s My Universe on 132,858.

And that, it turns out, is just for starters. Today (April 24), The Shires’ brand new record, Accidentally On Purpose, is currently sitting at No.2 on the midweek album charts, trailing just behind The Greatest Showman soundtrack on sales of 9,285.

In their March Music Week feature, Ben Earle and Crissie Rhodes outlined their journey up to this point and how – let’s say – having a good time in Nashville has helped them produce their most upbeat record yet.

“It’s a 24/7 party place,” reflected Earle. “I feel like we’ve both hit points in our lives where we’re just enjoying ourselves, and that’s reflected in the new songs.”

Here, in an unread extract from that interview, Earle and Rhodes reflect on the rise of the UK country music scene…

The story of The Shires also feels like the story of UK Country as a whole. Why do you think country has taken off over here?

Crissie Rhodes: “There’s a surprising amount of people that just love it, and I think they were closet fans before, the same as I was. At the time, I wouldn’t tell anyone that I liked country music because I felt like it was frowned upon for a long time. Even when we started, people were like, ‘Oh, you like country music? Really? That’s not cool.’ But I feel like we just ran with it. We said, ‘This is what we love, this is what we want to do’, and everyone around us has supported us in our dream of bringing it to the UK. More and more, we get fans coming up to us saying, ‘Thank you so much, I can proudly say I enjoy the genre now.’ It’s more mainstream, it’s more current about what’s going on today.”

With the likes of you guys, Ward Thomas, is there such a thing as a UK country sound developing?

Ben Earle: “I mean, I’m personally always trying to put UK place names in songs, but it’s just so hard, it doesn’t sound nice! Liverpool sounds okay, London sounds okay... But I think, hopefully, it will come to that point. But there is also that crossover into folk, and there’s always a big debate about the accents as well. We never outwardly try to sing in American accents, but we’ve grown up singing and listening to all these huge American accents. I guess we naturally do sing a bit different to how we talk, but so do most people…”

More and more, we get fans coming up to us saying, ‘Thank you so much, I can proudly say I enjoy country now

You also have your headline show at Royal Albert Hall coming up. How are you preparing for that?

Rhodes: “I have no idea how we’re going to pick the set list. That’s going to be hard, because we’ll have three albums’ worth of songs. Maybe we can have a mega-mix. An overture to start…”

Earle: “I’d love to do an overture, we’ve talked about it a lot. It would be so funny!”

You can listen to The Shires’ Accidentally On Purpose below: