'Everything feels like the '90s!': Nina Persson on The Cardigans reunion 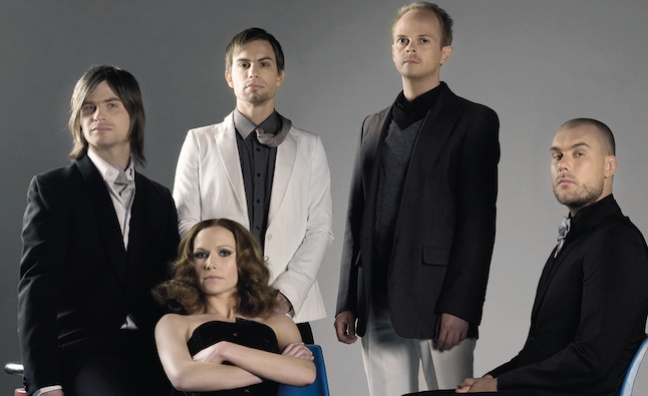 Nina Persson has been talking to Music Week about the future of The Cardigans.

The legendary Swedish band played its first UK headline shows in 12 years last week, concluding a mini-tour on Friday (December 7) with a stunning show at London’s Eventim Apollo. The band played its 1998 Gran Turismo album in full, alongside a selection of other classics.

The Cardigans originally went their separate ways in 2006, although they have played European gigs fairly regularly since 2012. And frontwoman Persson said they had enjoyed playing in England again.

“All of us have day jobs so it’s a break from other things to go on tour,” said Persson. “The last time we went on a bus tour in England is a really long time ago, so everything totally feels like the ‘90s and we love that! But the buses are much fresher than then! It’s quite comfortable these days.”

At the time, Gran Turismo marked a move away from the band’s early indie pop sound to darker, more electronic territory. It broke the band in the US and has sold 520,983 copies in the UK, according to the Official Charts Company.

“It’s been very interesting to revisit,” said Persson. “It makes me feel sympathetic with the young me and the young us. We’re all in a way better place now. It was a hard time when we made the record, but it’s nice to play it again, just because all those colours and emotions still exist in me. You still have them, you’re just older and you can handle them and recognise them. It’s like a bookend and it’s just nice that things change!”

The band received an ecstatic reaction at the London show and still has over 2.6 million monthly listeners on Spotify, but Persson said there were no plans to make the reunion more permanent. Guitarist/songwriter Peter Svensson – now a songwriter for the likes of Ariana Grande, Carly Rae Jepson, Ellie Goulding and The Weeknd – did not join the latest tour. He’s been replaced live by Oskar Humlebo but Persson said that, while more touring was a distinct possibility, recording new music remained unlikely.

“Logistically it’s such a hassle for us,” said Persson. “Four of us live in the same city but Peter lives in Stockholm and Los Angeles. We talked about what it would be like to make a record with [the line-up] who are touring and somebody else but, if you’re making new music, it should be the original gang, otherwise we might as well just try a new band. So I don’t know. I’m curious myself as to what the answer will be to that question but, as of now, no.”

Persson has enjoyed a successful solo career, both under her own name and as A Camp since The Cardigans, although it has been on hold of late while she worked on theatre projects.

“I have no plans,” she said. “But I’m going to start playing with a person I met who I like and we’re going to see what it’s like to work together.”