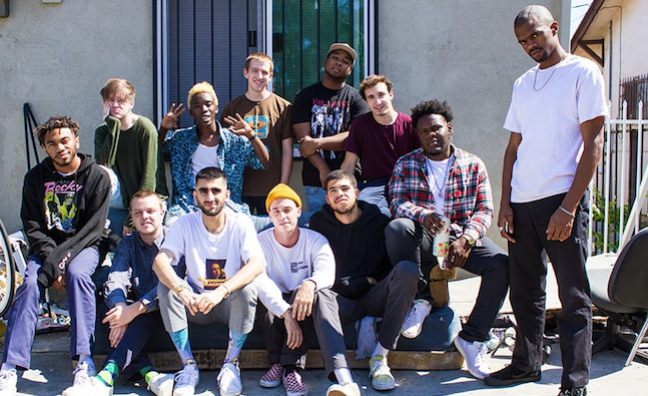 But who will stand out most across the weekend? You can be sure all eyes will be on Kendrick Lamar, with the groundbreaking rapper attracting attention good and bad ever since his name was added to the bill. Then there are heavyweights including Dua Lipa, Fall Out Boy, Mike Shinoda, Post Malone and Travis Scott, plus former Music Week cover stars including Sigrid and J Hus.

Anyone hitting the field for a new music fix should indulge in the packed line-ups on the BBC Introducing and Radio 1Xtra stages, while Pale Waves, Starcrawler, Mist are among the acts to have starred in our On The Radar section.

So before you hit the field, here are Music Week’s picks for the weekend...

Hip-hop trivia fans will note that this month officially marks the five-year anniversary of Kendrick Lamar’s breathtaking verse on Big Sean’s song Control. More war cry than mere song, he summarily warned everyone from J Cole to Pusha T and Drake that he was trying to “murder” them all lyrically. Five years, millions of records, a host of awards and one Pulitzer Prize later and you can’t help but feel he kinda sorta proved his point. K-Dot’s eagerly-anticipated headline set is primed to be the set of the weekend: an artist of rarefied talent performing at the peak of his powers. Good luck to anyone – hip-hop or otherwise – trying to outshine him.

You might not be familiar with The Regrettes, but that, ladies and gents, is something you really, really, really, really need to rectify. The Warner-signed LA three-piece play a brilliant hybrid of surf-pop, pop-punk and garage rock that is by turns infectious and yet, in the case of Seashore, full of venom. They play on the MainStage. Don’t miss them.

The South Londoners didn’t get the Mercury Prize nomination many predicted, but they do have a Main Stage slot at Reading & Leeds, and for a band still riding the wave of their debut album, that’s not too shabby at all. Singer Charlie Steen might well take it as a compliment if you told him his songs suit the atmosphere that soaks Reading & Leeds weekend – acrid, drunk, in need of a wash and full of pent up, youthful disdain for life. Shame are a force for good, and their message will be heard loud and clear this weekend.

Now that Ronan Keating is busy living life as an FM radio breakfast DJ and the guys in A1 are doing whatever it is they’re doing, the phrase ‘boy band’ has assumed something of a different meaning. In 2018, it pretty much equals Brockhampton, a 14-strong crew of kids peddling viral pop-cum-rap that is reducing swathes of the country’s youth to its knees. Anyone who saw them at London’s Koko this week will attest that something big is brewing for Kevin Abstract and his bandmates, who formed in Texas and now base themselves in California.  Reading & Leeds are a long way from both, but they’ll surely feel right at home.

Norwegian pop sensation and former Music Week cover star Sigrid conquered Glastonbury last year, and now she has Reading & Leeds in her sights. In fact, her BBC Radio 1 Stage show follows Brockhampton, so it’s one viral pop act after another. The kids are in for a treat, then. Sigrid will arrive armed with bangers such as Strangers and High Five, while her muscular band will offer their now traditional water-tight backing. Her star continues to rise.

For many of his fans, Nines exists mostly on record and on Instagram Stories. The Harlesden rapper’s prolific output on the platform is engrossing, and followers will have noted that his live profile is increasing bit by bit, if his stoned-out vignettes from the festival circuit this summer are anything to go by. This headline set on the BBC Radio 1Xtra Stage – which is packed with brilliant acts across the weekend, from Fredo and Ms Banks, to Bhad Bhabie and Lady Leshurr – promises to go with a bang.

Music Week has not been lucky for Let's Eat Grandma: twice we've tipped them for a Mercury Prize nomination, and twice they missed out. Despite our disappointing track record, we're going to go out on a limb and predict a postprandial triumph for Rosa and Jenny with their early afternoon slot in the Radio 1 tent (Leeds on Friday and Reading on Sunday). Seeing as the teenage duo are about the same age as the average Reading and Leeds festivalgoer, they should fit right in. Their eclectic second album for Transgressive is primed for crossover success, so this could be one of the weekend's memorable moments. Any latecomers shouldn't be tempted to wander past and catch them another day. Let's Eat Grandma have been ending their festival sets this summer with distended dance tune Donnie Darko. It's a slow-building banger that's not to be missed. Who needs a Mercury Prize, anyway?