Five things we learned from the 2017 NME Awards 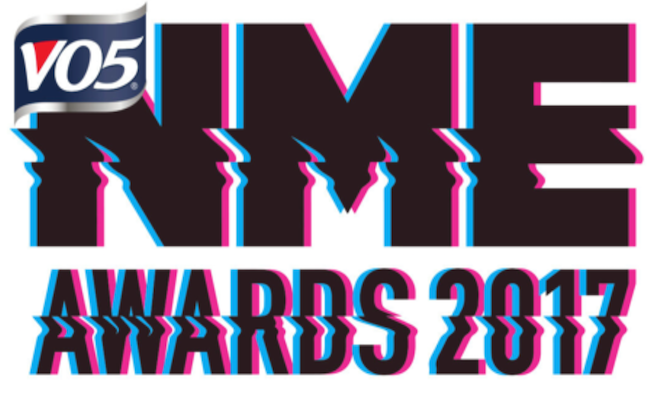 Over the past 18 months or so, the NME brand has undergone a major facelift. The magazine is now handed out freely in cities and towns across the country, while the content within encompasses all facets of the entertainment sector as opposed to purely music, covering everything from TV and film to fashion and food. Yet in spite of these changes, the annual NME Awards bash has remained an important fixture on the music industry calendar; one that offers, in the words of editor-in-chief Mike Williams ‘an alternative’ to other more formal, 'safe' events.

This year however, more than a few eyebrows were raised over the mainstream nature of some of the nominees and performers lined up to perform on the night. Last year’s event saw Bring Me The Horizon deliver an all too literal metaphor for the event’s knack for flying in the face of the mainstream by leaping onto Coldplay’s table and smashing it to bits in the process.

But could the likes of Bastille, The 1975 or Years & Years provide an equally anarchic dash of rock ‘n’ roll edge to proceedings?

Here are five things we learned from last night’s outing…

Today’s stars have very little to say
At least those on show at the 2017 NME Awards did. Mike Williams kicked things off with the declaration that “there is a fascist in the White House”, presumably hoping the artists that would follow him on stage throughout the night would pick up the anti-establishement mantle in their various presentations and acceptance speeches. Sadly, the most we got was a mumbled “everything is fucked” from The 1975’s Matt Healy, while MIA said a few words on how the UK and US government’s should be held to account over the current refugee crisis. Still, the absence of any real call to action in what is arguably the most turbulent and potentially dangerous political climate in decades felt somewhat disappointing.

The music biz loves Sadiq Khan
Perhaps it says something about the general state of apathy both from and towards the artists in attendance when the magazine's editor-in-chief was the most outspoken individual on the night and a politician drew the biggest cheer. Yes, Mayor of London Sadiq Khan's entrance to present Skepta with the Best British Male Artist award generated by far the biggest reaction from the crowd. Introducing the grime superstar, Khan said: "This guy is cool, this guy is a role model, this guy is a Londoner...it's Skepta!" Amid Brexit and the Trump debacle, it’s refreshing to see someone so seemingly committed to diversity and the arts running the capital. It’s hard to imagine his predecessor receiving quite the same welcome.

Grime won out on the night
The highlight for many on the night was godfather of grime Wiley’s performance, after he was presented with the Outstanding Contribution To British Music Award by this year’s Best British Male Artist Skepta. The grime icon tore through a couple of blistering tracks that took the event up a gear and brought the first moment of real excitement to the awards. Though there may not have been a guitar in sight, Wiley undoubtedly delivered the most rock ‘n’ roll performance of the night.

Wiley also hailed the NME for embracing grime at this year's awards. He told Music Week: “I’m so happy, and big up Skepta, Stormzy, Dizzee Rascal and Kano for opening up these avenues for us to get to this stage. I feel like an uncle over nephews! I can only embrace what people are doing, especially with it being a UK thing, and try to help people through.”

It’s possible even Bastille were a little surprised to take home the Best Album gong for their record Wild World. Not that that’s any slight on the band themselves, but with Beyonce, Kanye West and Radiohead among the fellow nominees – especially given the fallout surrounding Beyonce’s supposed Grammys snub at the weekend – many would’ve bet their bottom dollar on Queen Bey reigning supreme.

Pet Shop Boys really are Godlike Geniuses
Introduced by guitar legend and previous Godlike Genius award recipient Johnny Marr as the band that “brought romance, glamour, style and high art to pop”, the Pet Shop Boys provided a fitting reminder of just how influential they have been over the past three decades. Performing both new songs and bona fide bangers such as It’s A Sin and West End Girls, their show-stopping set drew a standing ovation from the crowd. And, as with Wiley’s equally memorable performance, there wasn’t a guitar in sight.

You can view the winners in full here.