Friday feeling: Riton on the lockdown smash, publishing rights and his next big collaboration 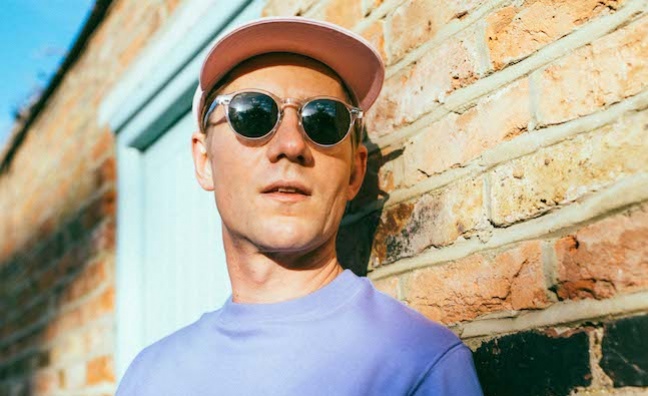 Ministry Of Sound have done it again with certified banger Friday, which is chasing No.1.

After first charting back in January, sales of Friday are up 13.6% week-on-week as the single chases a new Top 3 peak. Sales up to last week are 182,879, according to the Official Charts Company.

After being handed the project by Ministry Of Sound president Dipesh Parmar, UK DJ and producer Riton (real name Henry Smithson) worked with production trio The Invisible Men on the single. The Friday Dopamine Re-edit credits an artist line-up including Riton and Nightcrawlers, whose 1992 No.3 single Push This Feeling On (remixed by MK) is sampled and forms the basis of Friday.

Smithson admitted the single is a purely commercial project for him.

“I’ve got very cool mates who would definitely judge you [for making] pop music,” he said. “But people don't care, people are just like, ‘Awesome, nice work, that's actually a good pop song’. It doesn't matter to me any more. I used to worry about trying to be cool and keep my DJing life going by playing techno in Berghain. But that’s fine, I did that already. This is another part of the story.”

Smithson is also ready to play the single live when the opportunity arrives.

“I’ve got an extended version which is easier to mix,” he said. “I haven’t DJ’d for a year, so that will be fun.”

Riton previously teamed up with Nigerian vocalist Kah-Lo on the Grammy-nominated Rinse & Repeat, as well as Fake ID, Up & Down and Ginger. He also co-produced the Dua Lipa and Silk City single Electricity, which went on to win the Grammy for Best Dance Recording.

Admitting that his latest hit was a quick and easy project to complete in his Dalston studio during December, Smithson embraced the tune’s viral origins and its Friday feeling, which has inspired online imitation from the likes of Ant & Dec.

“I love a novelty record, I always have,” he said. “The KLF are huge heroes of mine. I know they would probably say that they weren't intentionally trying to make pop music; they were trying to be cool. But I think they really did like pop music, too. You couldn't possibly make it if you were a complete fraud.”

Friday is almost at 70 million streams on Spotify alone. While the single is on course to be one of the year’s streaming smashes, Riton admitted he has no songwriting credit on the reworking because of the prominence of the sample.

“I got none of the publishing, Nightcrawlers had that all the way through,” he told Music Week. “I've got some of the master [rights] as a performer, so it’s part of the bigger picture.”

While the single could potentially have gone ahead by recreating the sample, Ministry Of Sound cleared it for the release and secured the involvement of Nightcrawlers' John Reid.

Smithson said the key to the success of the Friday project was keeping egos out of the creative process.

“I am okay to stand back at times and not have too much of an ego about it," he said. "I've done hundreds of songs in my life and will hopefully do many more. So I can just enjoy it and be grateful to be able to make music.”

As well as Nightcrawlers, the single also credits featured artists Mufasa and Hypeman, the influencer duo behind a viral video featuring outrageous dance moves to Push The Feeling On. Famous fans of the footage include Katy Perry and Kanye West.

As that viral video inspired this new version of Push The Feeling On, Mufasa recreated his moves in the video for Friday, alongside a cast of new friends as well as Riton and Nightcrawlers’ John Reid.

“If I had more control over the video, I would have only had him [Mufasa] dancing in the desert and riding on the quad bike,” said Smithson. “That's all it needed for me, you don’t need the lifestyle stuff around it. The video for me should have just been him, which would have been dope. But it’s still killer.”

The DJ’s next big collaboration is on another Sony Music project with Relentless Records.

Asked about his remaining chart ambitions for Friday, the DJ suggested that the single may not have peaked yet.

“It’s sticking around, it’s still in the cycle of what it's doing,” he said. “I feel like when it gets to April 12 when pubs are open, it might even start climbing again. But my publisher said, ‘Don’t worry if it doesn’t go to No.1, you don’t want to be the Friday guy.’”