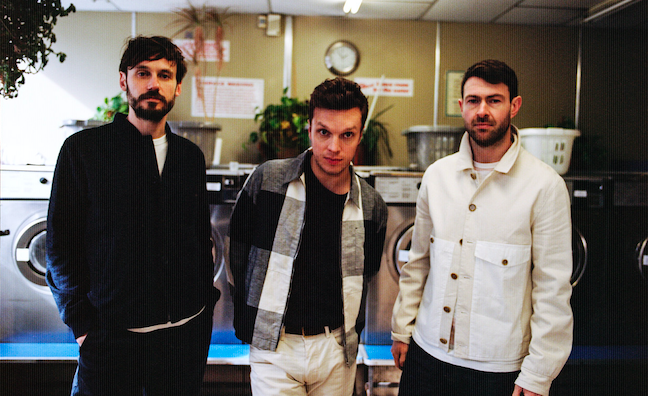 Machine Management’s Phil Morais has celebrated the return of Friendly Fires, as they unveil their signing to Polydor along with a brand new single.

Love Like Waves, out now, premiered as Annie Mac’s Hottest Record In The World on BBC Radio 1 last night (April 5), while the trio also played a sold out O2 Brixton Academy to mark their comeback after going on hiatus in 2014.

“It’s been a few years since the band decided to take a long break from which I wasn’t totally convinced we would see them return,” said Morais.

“Thankfully they are back with a fresh team and an exciting new label partner in Polydor and Universal. Most importantly, the new music is sounding incredible and we are all feeling Friendly Fires can continue from where they left off.”

Since forming in 2006, the trio – made up of Ed Macfarlane, Jack Savidge and Edd Gibson – have released two albums through XL Recordings, 2008’s self-titled debut and Pala, from 2011.

Friendly Fires is the group’s biggest-selling release, with 210,552 sales, according to the Official Charts Company. Pala has 86,334 sales and peaked at No.6, making it their highest chart entry to date.

"I have been obsessed with Friendly Fires from the very start," said Polydor co-president Tom March. "They’re a brilliant band, great people, and it’s a dream for all of us at Polydor to be working with them. I’ve been thrusting my hips and shaking my maracas around the office since signing the deal! The band have a lot of unfinished business to take care of and we’re really excited to be on board to help them take things to the next level."

While details of their third LP are set to be announced, Friendly Fires are gearing up for a summer on the road, and will perform at a slew of festivals including Trnsmt, All Points East and Boardmasters.

See below for the dates in full.