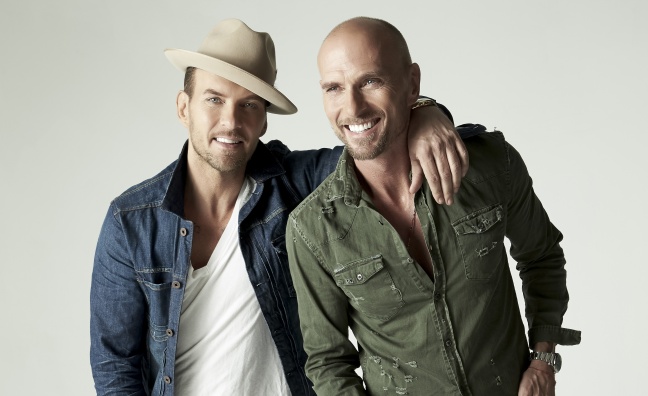 Fulwell 73 has announced plans to release a feature documentary telling the story of Bros.

In 1989, Matt and Luke Goss the became the youngest ever band to headline Wembley Stadium, while debut album Push was certified 7x platinum in the UK and topped the charts in 20 other countries. They played a record-breaking 19 shows at Wembley Arena and had eight Top 10 UK hits, but broke up in 1992. After pursuing solo careers, they reunited after a one-off O2 Arena date in October 2016.

Directed by Fulwell 73’s David Soutar (Harry Styles Behind The Music, I Am Bolt) and containing exclusive interviews with Matt, Luke and other key figures, the film charts the life and times of Bros through extensive personal and public archive stills and footage. Fulwell 73 partner Leo Pearlman produces the documentary, while it is financed by Lorton Entertainment’s Julian Bird. Fulwell 73 have issued a request for anyone with industry or fan archive footage of the band to get in touch via Bros@fulwell73.com.

Read on for quotes from the band and Julian Bird and pick up this week’s issue of Music Week or head here for an exclusive interview with Fulwell 73’s Leo Pearlman.

Matt Goss said: “I am very proud to be making this music documentary, and lucky enough to be able to film my journey in this crazy world we call the music industry, it has already been quite the ride, but long may it continue! I've always believed that music is the maker of memories, not just for the audience but for the artist too. The extreme contrasts in an artist's life are very rarely documented; I'm looking forward to being a fly on the wall within my own life. See you soon.”

Luke Goss added: “The last 30 years of my life have been a journey of ups and downs, moments where I have stumbled, as well as some valued victories. This documentary will be an access all areas pass for the viewer to see that journey with a backdrop of film and music. I'm looking forward to introduce the real me to my fans and have the wonderful opportunity to see this documentary become the definitive truth on mine and my brothers worlds coming together to bring the most vibrant Bros show to date, to the big screen. I feel excited to open the door to the private side of my life to those who may be curious.’

Julian Bird, Lorton Entertainment commented: “As someone who grew up during the Bros phenomenon, it's a real treat to be working with our partners at Fulwell again on this timely and incredibly entertaining documentary.”