Gayle opens up about hits, mental health and happiness 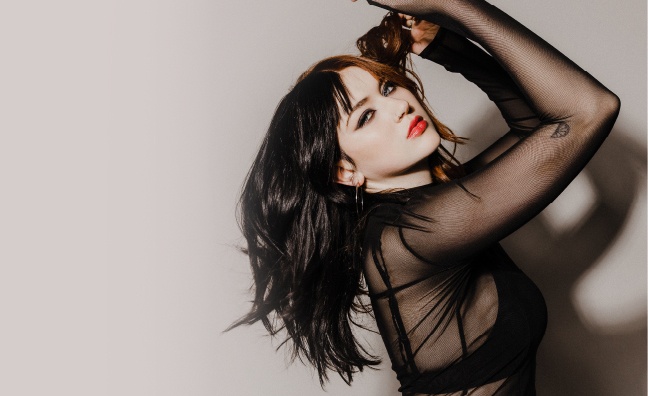 Gayle has spoken to Music Week about the impact of writing her hit single Abcdefu.

Born in Texas, the 17-year-old singer/songwriter knocked Adele’s Easy On Me off top spot in the UK singles chart earlier this year with Abcdefu, her guitar-powered debut single for Atlantic Records. It rose to the top in its 21st week on the chart.

Speaking to Music Week for an On The Radar interview, Gayle opened up about how finding success for her music is impacting her life.

“It can be difficult, with more success, you can get more negativity,” she said. “Even just having your song on the radio, in some people’s opinions it can become overplayed and people can get sick of the song. But also more people can find it, so it’s hard to deal with new negativity and know how to not let it affect who I am and what I do.”

If you really want to get good at something, it’s not easy to do

Gayle is signed to Atlantic and managed by Kristina Russo. She told Music Week that she feels the benefit of a strong network of support. Her family moved from Texas to Nashville when she was in school so that Gayle could pursue music. In Nashville, she wrote and played live at every opportunity, building her repertoire.

“I’m really lucky to have people around me that really focus on mental health and put me as a person above me being a musician,” she said. “The main thing is that it still isn't an easy thing to do, it is not easy to be vulnerable with [co-writers] with lyrics, songwriting is not something you can instantly get right, it takes time. It’s a skill that you have to build, and learning to collaborate with people can be difficult and everybody has their own preferences.”

Gayle met songwriter, producer, label exec and former American Idol judge Kara DioGuardi at a songwriting event in Nashville, and she has been a mentor ever since.

“If you can’t help but do music, if you can’t help but write songs, if it’s something that you feel compelled to do and if you’re never going to be happier [doing something else] than you could by doing music, then who cares if it’s hard?” Gayle said. “Everything is hard. If you really want to get good at something, it’s not easy to do, otherwise everybody would be doing it.”

Gayle continued: “This isn’t not something I would recommend to everybody, it is a really difficult thing, and when it becomes your hopes and dreams the stakes can be really high. It’s just very intense, but if you can’t help but do it, you’d better give it your all and try your best, that’s all you can really do.”

Read the full interview in the new edition of Music Week or online here.