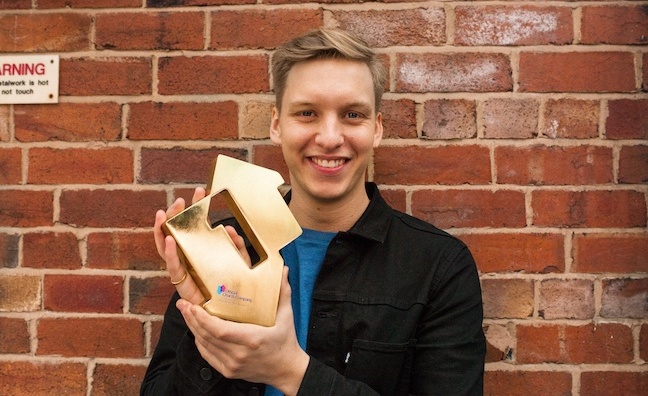 Columbia Records UK president Ferdy Unger-Hamilton has toasted the sales success of George Ezra, whose sophomore LP Staying At Tamara’s has scored the biggest opening week sales of any album so far in 2018.

The follow-up to 2014 multi-platinum debut Wanted On Voyage has matched that record’s No.1 peak position. Staying At Tamara’s topped the chart in its opening week on OCC sales of 62,564 (including 8,370 from sales-equivalent streams) - the highest sale for any album on debut so far this year.

Staying At Tamara’s ends the 11-week reign of The Greatest Showman OST, while Ezra’s single Paradise came close to reaching No.1 but had to make do with a No.2 finish behind Rudimental.

Ferdy Unger Hamilton, president of Columbia Records UK, said: “George has worked incredibly hard to make this album, so it’s amazing to see him achieve a No 1. It’s great that it has sold so many in its first week but I really think we will be with this record all year and well into 2019.”

Ezra added: “It’s incredible to think that the album is now out and in people’s cars, homes and soundtracking people’s lives. For it to have made it to No.1 is so amazing! I still can’t quite get my head around it.”