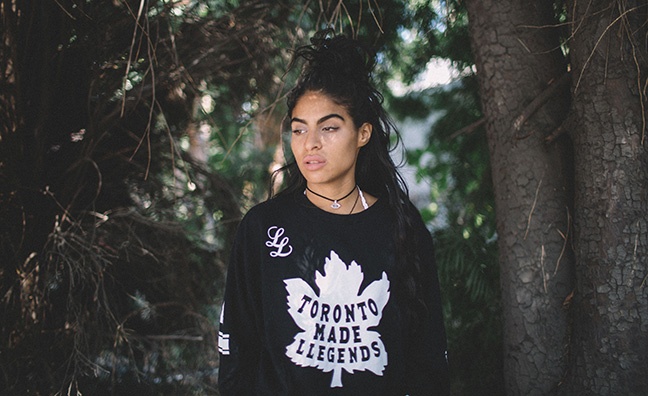 Every year, as we head towards the middle of March, the music industry tends to split into two halves: those that are going to South By Southwest and those that are not.

Whether you’re in Austin accumulating wristbands, an unseasonal tan (red face) and meeting requests, or in the office bemoaning grey skies and groaning as another invite for a showcase 5,000 miles away lands in your inbox, this is a week to celebrate, for the simple reason that it’s all about new music.

The idea of SXSW still breaking acts like it used to is, rightly, still up for debate (see the new issue of Music Week for our in-depth report), but hundreds of new artists taking over an entire city can only be a good thing.

Willow Smith, Keith Urban and The Roots were among the latest additions to the line-up late last week, while the convention bill includes sexual misconduct in the music industry, music journalism in the streaming age and a Q&A session with Nile Rodgers.

For many, SXSW revolves around pounding Austin’s pavements, making sure to be on the right guestlists and the quest to find an artist no one else will. This event affords emerging artists (unsigned or, let’s face it, mostly signed) a platform to play in front of people who may book them, sign them, sync them or play them on the radio. There lies its importance, never mind moaning about a stage dolled up to look like a vending machine.

With that in mind, we’ve sifted through another mammoth line-up to pick out who to watch, beginning with a Barcelona rapper on the rise.

Fresh from the release of new project Worldwide Angel last month, Bad Gyal arrives in America with a strong headwind. US press has long been slavering over the Barcelona-based artist, who shot to notoriety with a cover of Rihanna’s Work and hasn’t looked back.
SHOW PICK: The Main, March 13

Glasgow has sure produced some good DIY bands of late, and Breakfast Muff are one of the city’s brightest stars right now. Debut album Eurgh! came out via Amour Foo last year, and the trio head to Austin seeking to spread their hard-hitting punk message.
SHOW PICK: Hotel Vegas Annex, March 14

At 22, Jerry Williams has already garnered wide-ranging support (including a Music Week On The Radar feature). Whether she’ll come to Austin and drop her pleasingly ragged Jamie T cover remains to be seen, but this trip represents a good opportunity to make some new songs stick. Williams’ debut is due later this year.
SHOW PICK: Central Presbyterian Church, March 14

Based in Mexico City, Nan De Miguel makes silky smooth R&B as Girl Ultra, and is one of many much-tipped Mexican acts intent on making an impression in Texas. Singles Llama and Duele are out now, with a debut album slated for 2018, too.
SHOW PICK: Maggie Mae’s, March 16

Five punks from Bristol, Idles played SXSW last year, and are involved with the British Music Embassy programme once again in 2018. Debut album Brutalism does exactly what it says on the tin, and the band could see more significant benefits from SXSW this year now that its hammer and nails songs have had some time to bed in.
SHOW PICK: Barracuda Backyard, March 16

British MCs are primed to make a huge impact in Austin this year, with a raft of talent from Wretch 32 and Wstrn to Yungen and Yxng Bane in town. The competition is impressively fierce, and Birmingham MC Jaykae and his powerful, grime-flavoured bars may just emerge as one of the highlights.
SHOW PICK: The Main II, March 16

Jessie Reyez (pictured, above)
Signed to Island in the US and Polydor in the UK, Jessie Reyez is seemingly well on the way to the big time. But the untameable nature of her music and a fast-growing live profile (the singer has been on the road with PartyNextDoor) could make for a famous SXSW moment.

Pearl Earl’s songs are smeared gleefully with punk, glam and psychedelic noise. The quartet’s self-titled debut album, released last year, is glorious and, crucially, will sound great played live to a room ravaged by booze and BBQ. The band are from Denton, Texas, famous for exporting 2013 SXSW conquerors Parquet Courts. Speaking of Texas, we couldn’t go without recommending El Paso pysch crew Holy Wave. And speaking of not being able to go without recommending other bands, keep an eye on Shame, Sassy 009, Clairo, Mattiel, Starcrawler and Superorganism, too.
SHOW PICK: The Sidewinder Inside, March 12