Goldie: 'David Bowie was a beautiful soul, I love him dearly' 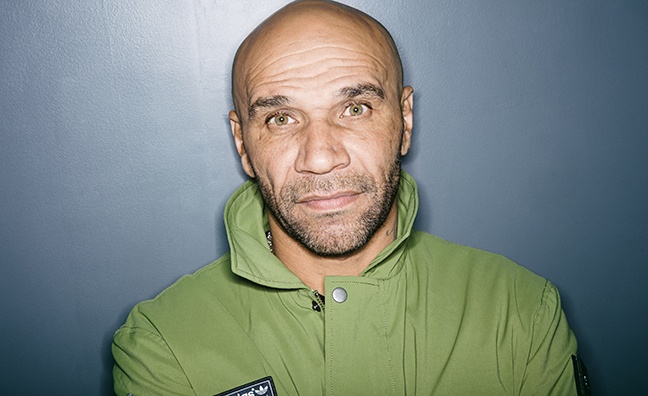 Drum’n’bass legend Goldie has told Music Week how David Bowie taught him “the power of reinvention”.

Interviewed in this week's edition about his Glastonbury appearances and just-released album The Journey Man, Goldie opened up about his relationship with Bowie.

The pair met at London’s Blue Note club, where Goldie’s label, Metalheadz, ran a regular night. Subsequently, they collaborated on Truth in 1998 and starred in 1999 film Everybody Loves Sunshine.

Reflecting on his relationship with Bowie in an interview conducted at The Landmark hotel – where the two musicians used to meet up – Goldie said, “He taught me the power of reinvention. He was just a beautiful soul, a brilliant, brilliant man and he always supported me. We stayed in touch and I love him dearly”.

Of Truth, which appeared on Goldie’s 1998 album Saturnz Return, he said: “I wrote it on a five day drug binge, but I woke up with a beautiful piece of writing next to me. And he loved it. It was a beautiful record, macabre.”

The writer, producer and DJ went on to reveal how Bowie’s reaction helped him regain “hope” in music. “He said, Where’d you get that line from, ‘sorrow hides in sculpture…’ He said Michelangelo said, If you blow the dust off the marble, the sculpture’s already inside it. It was affirmation at the peak of my drug use, I felt there was a bit of hope in music. It was the only thing that was going to save me."

Goldie fondly described the making of Everybody Loves Sunshine as “weird, I sat in a trailer with him for weeks while he was knitting with his suit on telling gangster stories”.

Then, discussing the two BRIT Awards Bowie won earlier this year, Goldie added: “It was quite ironic about the BRITs, he would have turned in his grave [and said], What the fuck are you giving it to me for? Why don’t you give it to someone new? He would’ve hated it.”

For the full interview, in which Goldie discusses his relationship with Cooking Vinyl, who partnered with Metalheadz to relase his “greatest” album yet, pick up the new edition of Music Week or click here.