'Has everyone forgotten the meaning of the word 'rotten'?': John Lydon celebrates independence 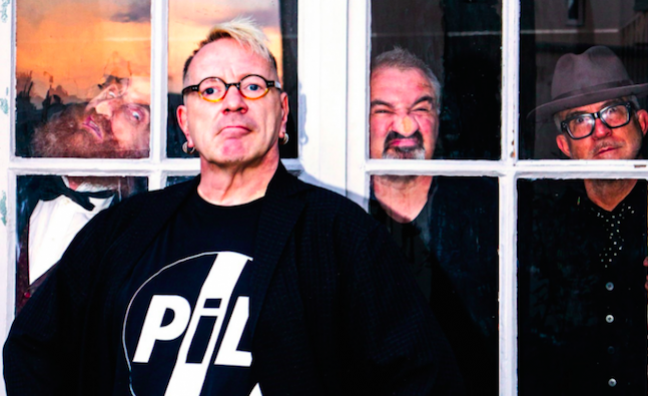 John Lydon has told Music Week that involvement with major record companies can be “very, very damaging” for artists.

In celebration of their 40th anniversary of Lydon's group, Public Image Ltd, a new box set, The Public Image Is Rotten (Songs From The Heart) is on sale this week via UMC. The album is currently in the Top 50, according to the latest Official Charts Company Midweek figures.

The band are the subject of a new documentary film titled The Public Image Is Rotten. Watch the trailer below.

In a new interview with Music Week, the former Sex Pistols singer reflected on his career to date, highlighting Public Image Ltd’s independence as a key factor behind their ongoing activity.

“For us the longevity is that we’re completely independent of what we call the ‘shitstem’,” he said.

“Large record company corporate thinking is no longer detailing every single aspect of our life and causing frictions and problems, we’re completely independent of that and we do what we want.”

“We’ve got back to being without the internal and external influences of corruption that unfortunately can happen when large record companies are controlling the financial purse strings,” Lydon added. “It’s very, very damaging to be told continuously that they don’t like the records you’re making.”

Directed by Tabbert Fiiller, The Public Image Is Rotten tells the full story of the group, dating back to their formation in 1978. The band broke up in 1992 and reunited in 2009. Lydon has spoken often about his dealings with labels, Public Image Ltd were signed to Virgin, Warner Bros and Elektra.

“It’s a documentary up to this point, which is intriguing in itself,” said Rotten. “I presumed it was a film crew that just wanted to film us when we got back together again and that whole process, but it expanded into what it is now.”

The singer described it as “a film with a hilarious title, which I know confuses a lot of people”.

“At once it looks like such an act of ego,” he said. “But if you bother to really interpret the words it’s quite self-defacing. Rotten! Has everyone forgotten the meaning of the word rotten?”

Remaining screenings of the film take place on at Manchester, Home Cinema August on 6 and Birmingham Electric Cinema on August 9.

Read the full interview with John Lydon in a forthcoming issue of Music Week.