'He could be a global superstar': Team Tom Walker talk 2019 album campaign 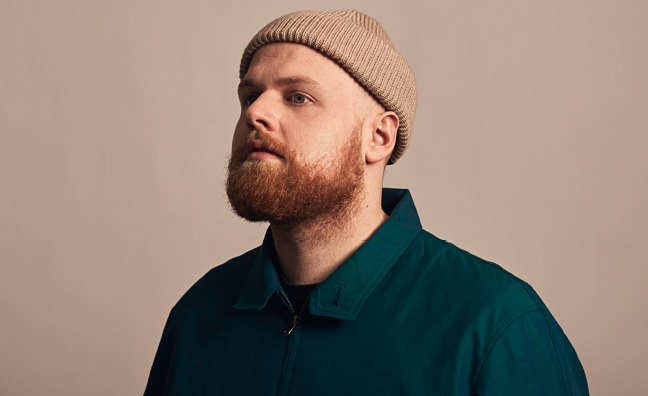 Tom Walker’s manager, Simon King, has told Music Week that the Leave A Light On singer is set for a “huge, long-term global career”.

The Relentless label and management team behind Walker recently made the decision to delay his debut album, What A Time To Be Alive, which will now be released in March.

King, founder of Covert Talent, said the album was pushed back because Walker was “offered some great opportunities that could help Tom become a bigger international career artist”.

“We have spent three and a half years building Tom’s career across all areas globally and it’s important we make the right decisions for the long term, not just for a quick win,” said King. “The entire team truly believe Tom will have a huge long term global career but it’s about taking the right steps and being patient. We admire how Adele, Ed Sheeran and George Ezra have all grown over each album and our ambitions are the same.”

Leave A Light On increased sales by 93.5% last week to re-enter the chart at No.52. The song, which peaked at No.7 in June, has sales to date of 684,292, according to the Official Charts Company. Walk Alone, Walker’s new collaboration with Rudimental, debuted at No.80 in its first week of release.

Following his Music Week Sync Awards win as Sync Artist Of The Year last month, Walker also picked up an ASCAP Vanguard Award, performed a New To 2 session on BBC Radio 2, played on Channel 4’s Stand Up To Cancer and joined Rudimental on stage at London’s Alexandra Palace.

Walker is focusing on new single Angels, following the slow-burning success of Leave A Light On, which is still in the EU Radio Airplay Top 50 after more than 40 weeks.

“It is a blessing but also makes it harder for a new song to cut through,” said King.

Angels has had TV promo syncs in Europe, and an acoustic version with a gospel choir has been produced for potential Christmas syncs.

“Sync has been a massive part of our campaign,” said King. “I used to be a music supervisor, so from day one we made sure we were looking for any opportunity.