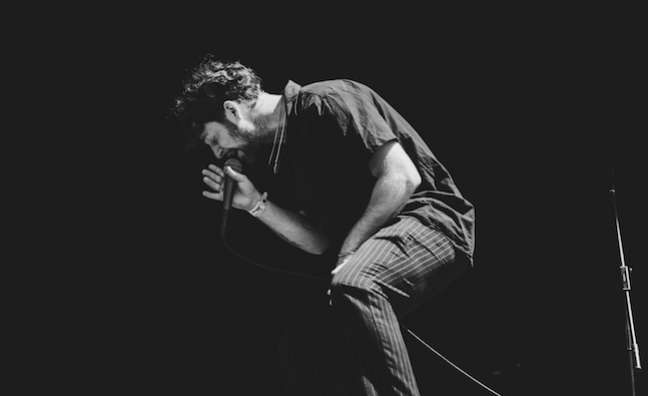 The solo artist drops debut album Lighting Matches today (July 6), following an extensive live campaign over the last 12 months. Next week Grennan will attempt to break the world record for performing the most live concerts in multiple towns in 12 hours.

“We had a Brixton Academy show on sale for October before Tom had even dropped his album,” Varley told Music Week. “I think it’s actually only him and maybe Jorja Smith that have announced Brixton Academy shows before they have released an album. So that makes me feel really excited about Tom’s growth within the global music market.”

While it’s been a tough year so far for breaking UK artists with debut albums, Varley said the support of label partner Sony Music gave him confidence about Grennan’s prospects.

“At the moment there’s much talk in the UK music industry about the issues people are having with truly breaking artists on a global platform,” he said. “Us as a label, alongside the greater Sony machine and the incredible amount of support that Jason Iley, Nicola Tuer and Rob Stringer are putting into us as a company is hopefully going to allow us to truly break an artist like Tom Grennan.”

Varley added that Insanity had taken it slowly in an effort to establish Grennan as a career artist.

“These days I don’t think there’s any way you can break an artist super-quickly, it feels like with Grennan we’re really wanting to build a brand,” he explained. “With the rise of popularity of streaming services, you can sometimes find you can have a hit record very quickly just because of the amount of people that can be exposed to your record through the playlist mechanism. What I think can sometimes be quite challenging is that you can create fans for records, but actually if you want to sell a significant number of albums, which is our ambition for Tom Grennan, you need to really work incredibly hard to build interest and grow that artist as a brand.”

Grennan has had sync success with Found What I’ve Been Looking For, which was used as the title music Sky Sports’ Premier League coverage and has more than 20 million streams. The album features current single Barbed Wire and Sober, which has been playlisted at Radio 1, Radio 2, Virgin, Absolute and Radio X.

“I feel really confident that we’re going to come out of the gates with a really strong week one, and obviously creating a real story in the UK enables our international partners to use that to break him out in other markets globally,” said Varley. “It’s really encouraging already to see great love for Tom in markets like Germany, where he’s completed another sold-out tour, and markets like France that are getting really great reactions. He’s most definitely a global priority for us as a company It already feels like it’s going and we’re going to do everything in our power to make sure he’s one of the breakout stars of the next 12 months.”

Grennan recently played TRNSMT and has further festival dates throughout the summer, including Kendal Calling, Rize and Reading & Leeds.