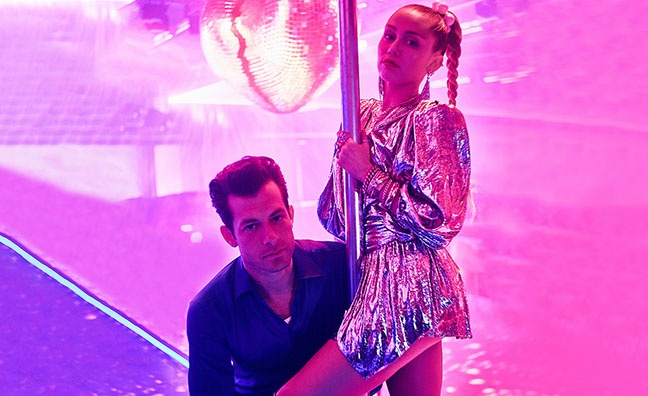 Columbia president Ferdy Unger-Hamilton has spoken to Music Week about the long-awaited return of “amazing” artist and producer Mark Ronson.

Ronson’s global smash Uptown Funk feat. Bruno Mars spent seven weeks at No.1 in 2014-15 and won him a BRIT and Grammy Awards. It has sales to date of 3,054,148, according to the Official Charts Company.

He's now riding high in the Top 10 with comeback tune Nothing Breaks Like A Heart feat. Miley Cyrus

Speaking in the latest issue, Unger-Hamilton said: “It’s a tough song to follow up but I think he’s done it - and he’s done it by not doing the same thing, he’s done it by finding a new and completely different direction."

In the past few days, Ronson received Grammy nominations for his co-writing contribution to Shallow from A Star Is Born (which also earned Ronson Golden Globes recognition) and his work on Silk City. Ronson worked on the latter side project concurrently with his solo album.

“The tastemakers of the industry certainly will know [about Ronson’s role in the side project],” said Unger-Hamilton. “I don’t think Mark necessarily needed to set up his record with [Silk City] but it won’t have hurt.”

“He’s a pretty amazing man and he’s very good with artists,” he added. “He’s also very good at pulling a record for himself together that uses different artists, but definitely sounds like his record.”

Columbia’s label president has visited Ronson in his LA studio during the making of the forthcoming album. “In my opinion, is his strongest record yet,” he told Music Week.

To read the full interview with Unger-Hamilton pick up the latest issue - or subscribers can click here. To subscribe and never miss a big industry story click here.