'He's a prodigious talent with enormous potential': BPI's Geoff Taylor on Sampha and the Mercury effect 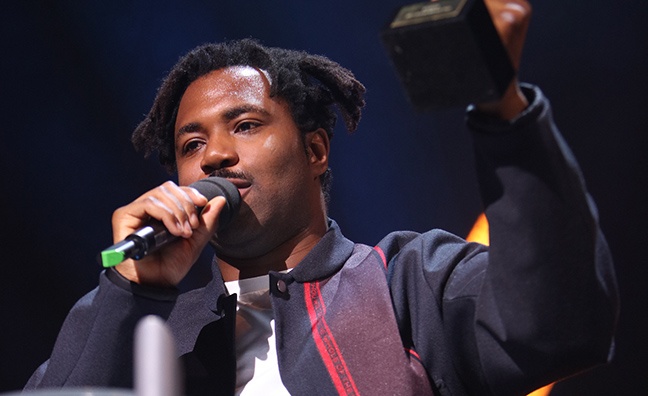 Hyundai Mercury Prize 2017 winner Sampha will find out today if his debut album Process has reached new heights thanks to his victory last week. The record, which is pushing for a Top 10 position, peaked at No.7 in February.

Speaking in the latest issue of Music Week, BPI chief executive Geoff Taylor described the Young Turks/XL Recordings artist as “a prodigious talent and someone with enormous potential”.

“He’s absolutely got the potential to benefit hugely from his Mercury Prize win,” said Taylor. ”The quality of the songwriting and the production, the creativity of it is something really remarkable, and I felt that the room really responded to that [on the night]. I think  everybody there recognised that musically, and in terms of his honesty and the integrity of the album, he was  a worthy winner.”

Young Turks' Caius Pawson told Music Week that the Mercury was “a phenomenal achievement” for Sampha.

Taylor added that Sampha’s winning “album has the depth to go on to connect with a lot of people”, though he stressed the “long-term benefits” for all the shortlisted acts.

“The key point about the Mercury Prize is that there are 12 winners,” said Taylor. “They are all albums of the year. I really hope that the prize is a platform that helps all of the artists. It has been in the past, I see no reason why this year will be any different, and we will be tracking its impact.”

The BPI took on operational support two years ago for the Mercury Prize, which moved to Hammersmith’s Eventim Apollo in 2016.

“We stepped up the production values of the show, it ran in a very slick, smooth way and the atmosphere was fantastic,” said Taylor of this year’s event. “We feel like we’re building something.”