'He's ambitious and the sky's the limit': BRITs 2018 nominee Loyle Carner aims to crack US market 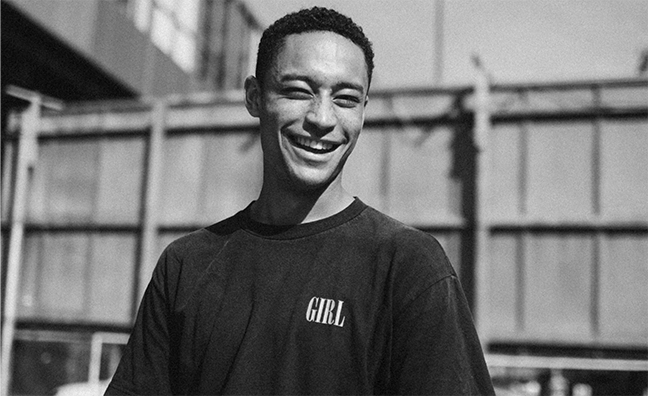 AMF co-label manager Mike Ajayi has told Music Week about the global ambitions for Loyle Carner, who received a pair of BRITs nominations at the weekend.

The UK rapper, who released debut album Yesterday’s Gone a year ago, has nods for British Breakthrough and British Male Solo Artist. It follows his inclusion in the Hyundai Mercury Prize line-up in the autumn.

“He’s ambitious and the sky’s the limit,” said Ajayi in the latest issue of Music Week. “The biggest thing for me is having him break America. You can’t just be a UK star these days, you’ve got to be a global star, so the idea is getting him out there again and doing bigger shows.”

Carner promoted his debut on an American tour last spring and he’s playing the Governors Ball festival in New York in June. He is set to return with new music this year, including a release for Record Store Day on April 21.

While rising hip-hop artists often seek out features on tracks to boost their career, co-label manager Connie Meade said “maintaining his integrity” was important to Carner.

Subscribers can read the full AMF interviews here and here. To subscribe and never miss an issue click here.