'He's like Nick Drake and Sam Cooke in one person': Island A&R boss on JP Cooper 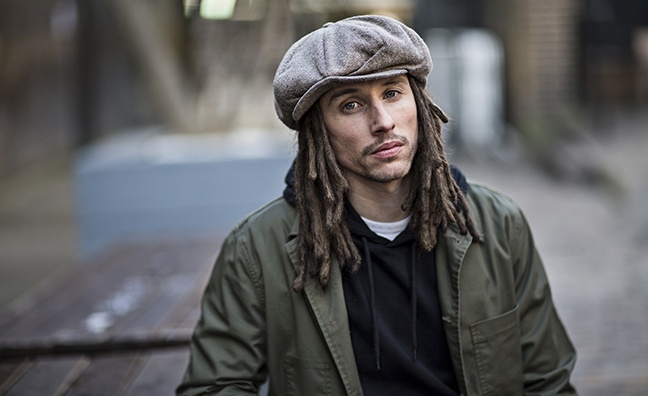 Island Records head of A&R Louis Bloom has likened rising star JP Cooper to some of the all-time greats in the wake of his stunning breakthrough success over the past 12 months.

Cooper's 2016 collaboration with Jonas Blue, Perfect Strangers, has sold 979,718 copies to date according to Official Charts Company data, while his own hit September Song is on 727,895 and counting. He is now a multi-platinum-selling artist in Sweden and Ireland, platinum in the Netherlands and UK, plus gold in Canada, Denmark, Finland, Norway, Italy and France.

The 33-year-old, who appeared at Music Week’s On The Radar show at Under The Bridge in May 2016, heads out on tour in October in support of his eagerly-awaited debut, Raised Under Grey Skies - released via Island on October 6.

“For me, JP is an outlier,” Bloom told Music Week. “He’s got that singer-songwriter vulnerability, and then this soaring soul voice that’s off the scale. He’s like Nick Drake and Sam Cooke in one person.”

Cooper's Top 10 solo hit September Song - with its ingenious earworm of a chorus built out of the words ‘I remember the chorus’ - was a slow-burning monster. Released in September 2016, it didn't chart until January this year and eventually peaked at No.7.

“It’s taken a while, but it’s built on proper foundations," said  Bloom. "Before we had Jonas Blue, he was selling out venues - he’s collaborated with rappers, in drum’n’bass, in house, in gospel and gone through the journey of BBC Introducing, 1Xtra, specialist radio, building his online before Jonas Blue. The foundations were very much there for him."