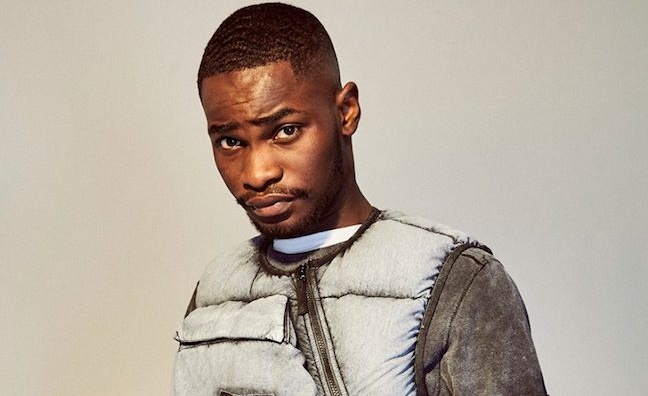 In the week when Ditto Music earned a Music Week Awards nomination for Label/Artist Services Company, one of its most successful acts is in the running for a BRIT Award. Teenage rapper Dave is up against major label artists Dua Lipa, J Hus and Loyle Carner, as well Mercury Prize winner Sampha.

After a run of singles and EPs, including the Top 20 Game Over EP (OCC sales 27,833), Dave is working on his debut album with producer Fraser T Smith, who helmed Stormzy’s BRITs-nominated Gang Signs & Prayer.

“The exciting thing about Dave is that he is so different to Stormzy,” Smith told Music Week. “Dave is equally introspective but comes from a more indie place and will touch on a variety of incredible subject matters as he did on the EP we did, Game Over. As a pure lyricist, it’s really exciting to see where Dave’s going to take things.”

The album is likely to appear in late 2018 or early next year. “I don’t think his managers want to stress him too much with a release date, because it’s got to be right,” said Smith.

Dave also has to combine recording with live commitments, including a North American tour in May.

“It’s early stages, Dave doesn’t let too much out but everything’s going on his mind,” said Smith. “Then, usually at the point where there’s some kind of deadline put in place, he goes into a furious writing phase, which is really exciting. It was like that with the EP – there were days where nothing was done, then the deadline was put down and I realised it was all going on in Dave’s head. You have to make sure you’re in record for when it comes out.”

Smith also confirmed there are plans to work with Stormzy on the grime star’s second album.

“There’s a big effort going into the BRITs performance, he will be head down, getting it ready,” he said. “After that, we’re going to come back in the studio.”