"He's the most significant MC since Dizzee Rascal": DJ Semtex on J Hus 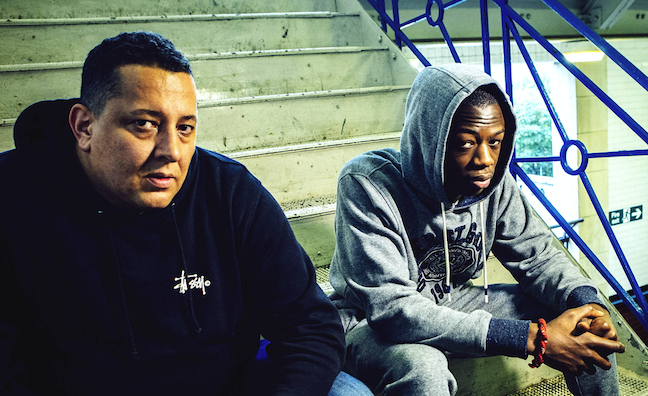 DJ Semtex has described J Hus as "the most significant MC since Dizzee Rascal".

J Hus appears on the cover of the new edition of Music Week, and inside, we go deep on the campaign behind his debut album Common Sense, interviewing Hus, Moe Bah and Kilo Jalloh of 2K Management and Black Butter Records president Joe Gossa, alongside Semtex.

XL A&R Caroline Simionescu-Marin and Renowned Management founder Zeon Richards - who both played a part in Hus' initial steps into the industry - also contribute their memories of a remarkable rise.

Here, Semtex, director of artist development at Sony and long-established as a key figure in the UK music business, winds the clock back to the label's first interactions with J Hus. From there, he reflects on a campaign that has taken in 72,946 album sales and 623,692 sales of lead single Did You See.

Scroll down for the Q&A now and read the full interview with J Hus and his team here.

What was the label’s first interaction with J Hus?

I’d heard his music, Dem Boy Paigon and some of the other tracks he’d done, but when I saw the Lean & Bop video that was it. I was like, He’s got it – he can rap, he’s got the humour, he knows how to make club records, party records, he makes music that appeals to everybody, he’s not just trying to appeal to one audience. You could see from that one video alone that this kid had a future in the game and that he was going to be one of those artists that go on to be one of the great ones.

So you saw a lot of potential when you signed him?

I feel like he’s the most significant MC since Dizzee Rascal. I worked in the studio [with Dizzee] and saw what he did. I just think that there are degrees of talent that set people apart and I think Hus’ approach to writing, to singing, his use of lyricism, his ability to create his own slang, his own words, his effect on popular culture… It’s like it’s déjà vu in some moments, but it’s also his way of doing things. I think he’s taking it somewhere where no one’s ever taken it before. I think he’s got the opportunity to take it worldwide in his own time, when he’s ready, at his own pace. He’s a very, very special artist; I don’t think there’s anyone near him or anyone like him. He’s an originator.”

How has that transition been so far?

I think it’s [about] being respectful of the culture, being respectful of his origins, what he contributes to the scene, what he contributes to what happens at a street level. Everything that we do, every decision that’s been made collectively as a team is all about that. I’m concerned to maintain the respect and the values and where he comes from. It’s never about just doing something for the sake of it; it’s never about just pulling a move because it might sell more records or whatever.

What can you tell us about Spirit, the latest track taken from the record?

Going with Spirit was a very, very brave move. A lot of labels wouldn’t have done that because the nature of the track and what it is - it’s the opposite of everything that’s going on. It’s a very, very positive, uplifting track and what JAE5 and Hus did together is, they created unique moments, so that it’s highly original. It’s innovative, and culturally significant because it takes on aspects of UK rap, hip-hop, Afrobeats, African music – it’s a bold sound. It’s just great to be able to work with individuals who can make music like that but are also taking the scene and pushing it further. I think we all feel a responsibility to get it right.

How have you made sure that message has connected through the campaign?

Again, it boils down to it being our collective responsibility to get it right within this genre of music, within the community. The artist community that Hus is from, you know, they can smell a fraud, they can smell when somebody’s not part of the scene, someone’s not come up and paid their dues. I discovered Hus’ music through a friend, Gavin Douglas, who was the head of music at Reprezent. Every time we put out a record we make sure Reprezent gets that music at the same time as everybody if not before, so it’s always servicing and respecting the streets, the underground, the DJs that play this music on a daily basis.