How Dua Lipa aims to reward the fans with Future Nostalgia 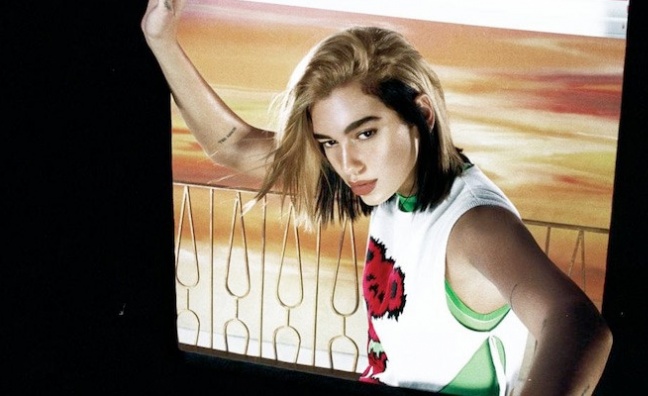 Dua Lipa’s Future Nostalgia is currently racing to reach No.1 after being released a week early and, if the record makes it over the line, she’ll have one of the most passionate pop fanbases there is to thank.

Last week, Tap Music head of marketing Hannah Neaves shared the story of what’s been an emotional rollercoaster of a campaign so far, and today she tells Music Week more about just how far Dua Lipa has come to make her second album.

With three of its tracks in the singles Top 10, Future Nostalgia had notched 12,228 sales at Monday’s first Midweek count, and Neaves said last week that the team – who celebrated release day with a jam-packed video conference call – is targeting a No.1 finish. Catch up on that interview here and scroll down to find out more about Dua Lipa’s bond with her fans and the team’s plans for the singer’s future.

How has Dua Lipa changed since the release of her first record?

“I started at Tap at the very end of the debut album campaign and I’ve seen a change in her but nowhere near as dramatically as Ben [Mawson] or Julian [Rupert] who’ve worked with her since day one. What she’s said to me is that she’s a lot more confident. She suffered, like most female artists and a lot of male ones do, from social media trolling in the first album campaign. It really affected her and she made the decision to step away from that and ignore it and is much stronger as a result. It’s allowed her to focus on her music and what she’s doing, rather than what other people are doing all the time. She has a very tight knit team around her; it’s been the same people from the start. That is her family. Her family unit itself is really strong as well. She learned a lot on the first campaign so that’s allowed her to be really confident about what she wanted to do on this one, she learned from her mistakes.”

What inspires the fans to be as passionate as they are?

“She’s always made time for them, she’s very responsive, very humble, very thankful and, as much as she’s suffered from trolling, she’s so determined to reward her fans. She’s talked about different ways of doing that. Obviously we can’t do any face to face stuff now and that was going to be a huge part of the campaign, thanking her fans in person, the ones who have been there and been loyal and the new ones coming on board. But she’s totally aware of how crucial they are to her success and is very thankful. She knows a lot of them personally and has for the last three years. Dua has always had a great relationship with them, she started off talking to them directly and she still does as much as she can.”

Once this first bit is done, what’s next for Future Nostalgia?

“That’s the most important point: this is an album campaign for the next two or three years and her touring. It’s a brilliant, brilliant pop album and it will stand the test of time because she’s gone for some of the classic tropes of the best pop music of the last 50 years. It’s really exciting; it’s definitely about the long game with Dua. It took a long time to get to the position she was in on the first album and it feels likes her ascent has been quite fast for a new artist, we all know how long it takes in the current climate. It’s not just about week one, it’s about the next two to three years, we want her to be doing stadiums, globally.”