How top artists, labels and directors made hit videos during lockdown 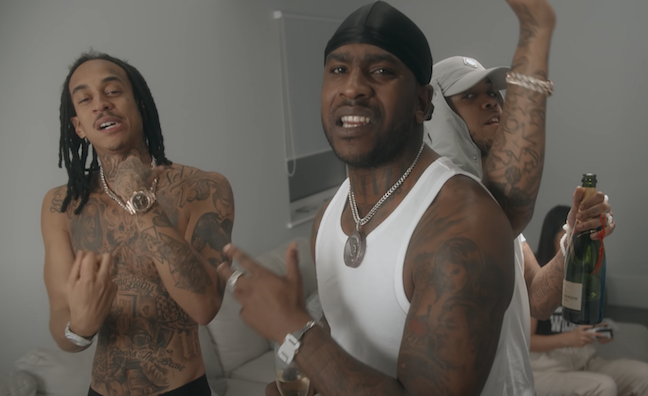 In recent months, the coronavirus pandemic has wreaked havoc on music video productions across the world. But, as the latest edition of Music Week explores, that hasn’t stopped new ones being made. Far from it.

For our in-depth report, we spoke to a host of leading artists, directors and creatives to find out how the current trend of artists filming clips at home may change the way music videos are made forever.

In the feature, Sony’s RCA and 4th Floor Creative teams explain how Little Mix were forced to scrap the official video for Break Up Song just 24 hours before shooting as the UK was on the cusp of entering lockdown, only to then transplant their ‘80s-themed video treatment to a home-shot video.

“A lot had to tweaked and pulled,” Simon Forbes, head of marketing at RCA UK, tells Music Week. “Online played a big part, ordering big hair and other bits and bobs. I can’t give the girls enough props because Zac sent an incredibly detailed PDF to each girl specifically telling them exactly how to set things up in their homes, exactly how to shoot things, and they went with it and did everything asked of them. It was own hair, own make-up, own styling – I don’t think my phone stopped ringing for 24 hours on the day! They embraced it and loved it.”

Elsewhere, director Kevin Hudson reveals how he used every editing trick he could to bring the home-shot video for Chip, Skepta and Young Adz’s track Mains to life.

“Chip contacted me like, ‘Look, we need to shoot another video to keep the momentum going,” recalls Hudson of the clip, filmed in the week lockdown began. "He said, ‘Just come to my house and shoot.’ It was literally a case of me turning up, no real plan in place, just because we knew we were limited. It involved me going to his house and shooting a few different scenes while making it exciting with the edit. I had to change my style in the shoot and my editing style to make it more interesting because we couldn’t get scenes other than ones inside the house.”

Hudson, for one, is hopeful the pandemic may alter some artists’ appreciation of the art form.

“Artists are getting much more involved and focusing on the creative more than the just getting the typical kind of shot,” he adds. “They’re focused much more [at the moment] on telling a story visually, or shooting from different angles than you would normally see. Because you’re in a house, you have to make it better than what it is. It will definitely change [things]. People are putting more thought into them.”

Another director interviewed is The Forest Of Black production company’s Oscar Sansom, who reveals how he embraced the power of the iPhone for Biffy Clyro’s new video for Tiny Indoor Fireworks…

“I asked myself what can I do with an iPhone that I could never do with a digital cinema camera?" explains Sansom. "How can I film in a way where there are benefits and positives to it? I’ve just seen the situation as part of the brief. I’m always a big believer of trying to shake up your practice a little bit, and forcing yourself to be a little bit uncomfortable. The work normally ends up being much stronger for it.”

The emerging picture is that – in lots of different ways – the coronavirus pandemic will change music videos going forward.

“People’s health and safety is obviously so important and doing that on a shoot where things can be a little bit run and gun, even on the bigger budget ones, you have to really careful,” Kat Cattaneo, senior creative commissioner at 4th Floor Creative, Sony Music, tells Music Week. “Normally, you’ll have about eight or nine people all around the monitor, you can’t do that now. When passing equipment around, it needs to be cleaned in a certain way. A one-day shoot now will become a two-day affair. Everyone has to have PPE. We’re exploring the option where people are going to do their own hair and make-up on shoots. There are a lot of things like that to consider.”

"It’s not all about high production, it’s about great concepts and ideas,” says Sansom. “That is what really is key to all great music videos. I do think this current situation has the potential to change the industry in the way that people make work in the long term. I hope that that’s going to be an exciting thing. It will help move away from the importance all being put on something being high production and glitzy, visually, and instead make it more weighted on the concept and sense of craft.”