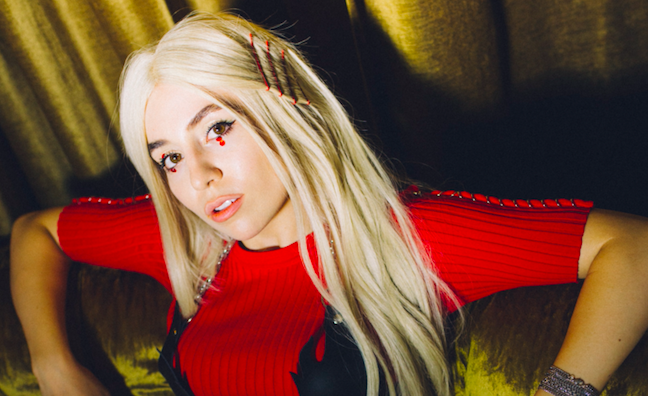 Ava Max has told Music Week that her next releases will focus on “female empowerment”.

The singer, who is the On The Radar star in the new issue of Music Week, out now, broke through late last year with Sweet But Psycho, which initially topped the chart in Sweden before spreading internationally.

Max enjoyed four weeks at No.1 in the UK singles chart, and was dislodged on Friday by Ariana Grande’s mammoth 7 Rings.

Sweet But Psycho sold an impressive 64,102 units in the latest frame, and has 598,098 sales to date, according to the Official Charts Company. It has almost 279 million streams on Spotify and more than 93m YouTube views.

Max said her relationship with Sweet But Psycho has strengthened as a result of its success, which comes after years of graft for the 24-year-old, who moved from Virginia to Los Angeles to pursue music as a teenager.

“It’s crazy at first when you come to LA and you don’t have friends and you’re completely new, that’s the hard part,” said Max. “It was really hard to start writing with other people at first.”

Max forged a strong relationship with producer Cirkut, who is credited on Sweet But Psycho. “He’s always there for me and gives me advice, he’s been in the industry a long time so he knows what’s right and what’s wrong,” Max said. “It’s nice to have someone like that.”

Los Angeles, said Max, is a “very important place to be” when it comes to making it in music. But she stressed the difficulty of getting a foot in the door.

“I wish it was easier for artists to meet people who could actually help them in their career,” she explained. “I wish there were more gatherings for people who don’t know anyone. There’s not enough!”

You can read the full interview in the new issue of Music Week, and online later this week.