'I didn't think Human was going to be the song': Rag'N'Bone Man on his incredible debut album campaign 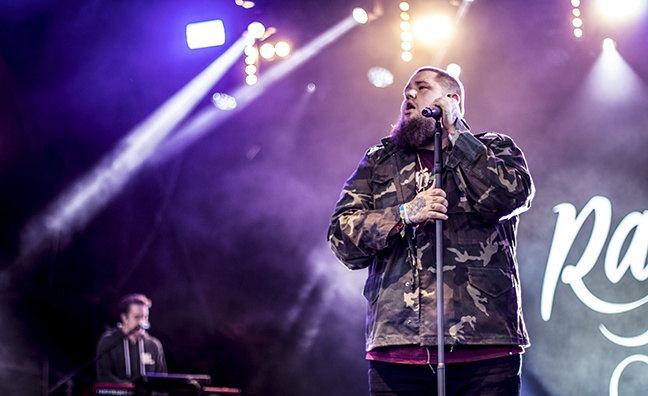 Rag'N'Bone Man has admitted he was taken aback by the worldwide impact of his breakthrough single Human.

Real name Rory Graham, the singer has been crowned Music Week's Breakthrough Artist Of The Year in recognition of his stunning 12 months. His debut LP Human (Best Laid Plans/Columbia) is 2017's second biggest seller with sales of 898,916. It remains in the UK Top 10 - helped by his Sports Personality Of The Year performance of Grace - and will reach triple platinum status this week.

Title track Human broke big at home and abroad towards the end of 2016 and was last year's Christmas No.2. It has moved 1,371,173 combined units to date, according to the Official Charts Company. But Graham initially had higher hopes for the album's third single, Skin, co-written by Jamie Scott.

“I'll be totally honest with you mate, I thought Human wasn't going to be the song,” Graham told Music Week. “Other people were more gassed about it than I was. I thought it would fall a bit flat with people and Skin would be the one.”

Skin became a hit in its own right, peaking at No.13 en route to 667,712 combined sales. “Skin was the strong song that I had if Human didn't work out, so it was cool that we had that to back it up with,” added Graham. “I was like, ‘[Human] is a cool song but I don't know if it will do well or not’. But I guess that's the same with everything - everything's a punt, there's no surefire hit.”

Despite signing to a major label, Graham said he never expected to go mainstream. “I thought I'd always stay underground," he said. "Even though I signed to Columbia, I always thought I'd be under that blanket and would never properly break through, which I didn't mind. I was fully cool with that and I was still playing to big audiences.

"It's three years since I sold out Scala and you could still make a good living at that level but I thought I might as well give it a punt and see if it works because I'd put enough time and work into it. I guess I didn't have quite as much belief in myself as others did.”

Click here for the full Music Week interview with Graham and his team.