'I have nightmares about it!': Lewis Capaldi talks album number two 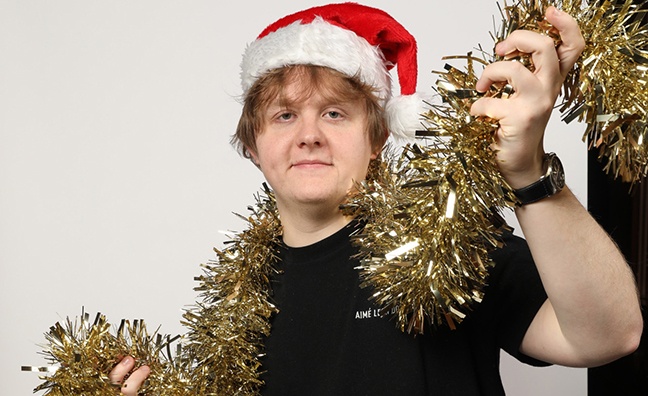 Lewis Capaldi has spoken to Music Week about the follow-up to his hugely successful debut album.

Divinely Uninspired To A Hellish Extent (Virgin EMI) has sold 574,610 copies to date and bounced back into the UK Top 5 following the recent release of its extended edition. And while album number two is still more than a year away, the 23-year-old joked the subject is already a source of consternation.

“I have nightmares about it, I wake up in cold sweats," he laughed. "No, I don’t because I think the best way to do it is just fucking walk in, write the songs, sing the songs and fuck off. I never see this thing where people go, ‘Next album, I’m going to change it up completely’, I haven’t given that a fucking thought because it doesn’t seem like a natural thing to do."

Capaldi has been named Music Week Artist Of The Year in recognition of his incredible 2019, in which he has achieved the year's best-selling LP in the UK, topped the charts on both sides of the Atlantic with the Grammy-nominated Someone You Loved and sold out his maiden arena tour.

"With my second album, I’m not going to overcomplicate it, I’m just going to go in, write songs, they sound like what they sound like and then put it out," said Capaldi, speaking in our bumper Christmas issue. "I didn’t think about the first album that much and some people may hear that and go, ‘Yeah, I can tell!’

"Recently I’ve kind of adopted this thing of like, ‘Just get on with it and fucking enjoy what you’re doing and have fun with it, because the second album might fucking bomb’. I’m not trying to seem humble, it might not do well at all because someone else might come along in that time who’s better and music moves so quickly."

Capaldi, who tours UK arenas in March prior to a series of festival headlining slots in the summer, added that he does not expect any more singles to be dropped from his debut record, but hoped to have new music out before the end of 2020.

Subscribers can click here to read the full interview with Capaldi and his team.