'I just reach for the stars': J Hus and producer JAE5 talk album no 2 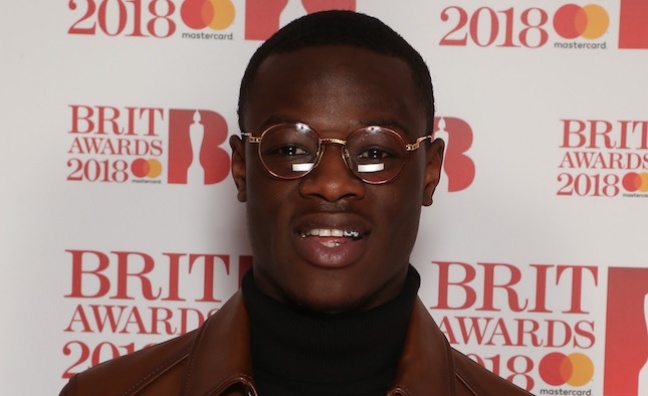 After a hugely successful campaign for debut album Common Sense (Black Butter Records), J Hus and producer JAE5 have spoken to Music Week about plans for a follow-up.

The first album, which peaked at No.6 and has OCC sales to date of 147,785, earned a place on the Hyundai Mercury Prize shortlist and helped Hus secure three BRIT Awards nominations, including a nod in the prestigious British Album category. Hus also got to perform Did You See (887,358 OCC sales to date) on the ITV launch show last month.

The success of the campaign is reflected in the Music Week Awards, including a nomination for 2K Management in the Manager Of The Year category.

“I just don’t know where I can take it – I just reach for the stars all the time, man,” J Hus told Music Week about the continuing success of the debut.

In the light of comments by Payday Records president Patrick Moxey, who said the UK rap star “should be big in America”, Hus said he has ambitions to crack the US.

“I’m very honoured to hear that,” he said. “I really hope so, I’m going to try to do it this year anyway.”

The rapper also revealed plans to return with a second album sooner rather than later.

We’re trying to go all out on this album, so we started early

Producer JAE5 confirmed that work was already under way on the follow-up.

“We’ve got a couple songs that are sounding crazy, we’re trying to push it to another level,” he said. “Now I feel like there’s such a big pressure on the next album, everyone’s like ‘Do you ever think they’re going to top that first one?’ We’re trying to go all out on this album, so we started early and we’re going to take our time to do this album, do it properly and get it right and we’re trying not to change anything, to keep it as organic as the first one. Use the same people we used for the first one – if it’s not broken don’t fix it, that kind of attitude.”

The success of Common Sense is also set to give the pair a wider musical palette for the sequel.

“For example, there’s a lot of songs on the Common Sense album where I wanted a strings section but I didn’t feel like I was in a position to get a whole orchestra, so I just played the strings on the keyboard myself,” explained JAE5. |Some people might not have noticed it, but if it was done with proper strings it would have sounded five times bigger. On this album, if I want an orchestra I’m getting an orchestra, if I want a choir I’m getting a choir. Whatever we want, there’s not going to be no compromises.”

To read JAE5’s inside story on the making of Common Sense, subscribers can click here.