'I'm a songwriter to my core': Kelsea Ballerini - The Music Week Interview 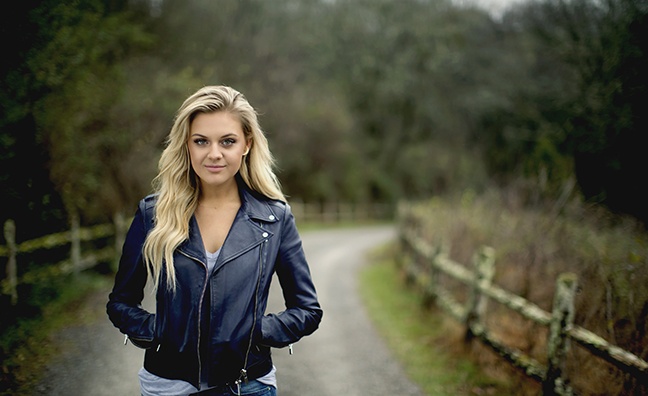 The rise and rise of country sensation Kelsea Ballerini has been one of the biggest success stories in the genre in recent memory. Music Week has already caught up with her to get the story of her incredible journey so far, but a lot has happened since, including Ballerini taking to the stage with comeback queen Shania Twain at Stage Coach Festival and also her covering Oops!... I Did It Again at the Radio Disney Awards in front of Britney Spears. With Ballerini coming over to the UK this week for her first ever UK show, it's time for a catch up…

The past two years must have been a blur. Where did you think you would actually be at this point in your career, two years after releasing your debut?
“I think I just really naively hoped that I would be able to play my songs and that people would stream and download my records and that I would go to shows and people would know the words. I didn’t really know until I put out my record how much goes into that and how many people have to work so hard to make that happen, how much luck plays into it. All of that. Then to see in the States that we have three No.1s and a gold record… I didn’t realise how hard that is to get, how rare that is. Now I understand that I’m beyond thankful.”

You’ve had a crazy couple of weeks. How was it singing with Shania Twain at Stage Coach?
“It was the coolest thing I’ve ever gotten to do. Being in the same room as people who heavily influenced you is crazy, but getting to sing onstage with them and have them invite you into that part of their life is a really crazy thing. We got to hang out quite a bit actually while we rehearsed and afterwards. There is a reason, I feel, that people at that level are at that level. It’s talent, obviously, but it’s matched with so much kindness. Shania went out of her way to make sure that we were taken care of and comfortable. I could not adore her more than I do.”

And how was nerve wracking was it singing Oops!... I Did It Again in front of Britney Spears?
“It was so nerve-wracking. I remember I was onstage before they came back from the commercial break and I was like, I wonder if she’s even out here yet and I looked down to my left and she had just sat down in her seat. I made eye contact with her and looked away – I didn’t know what to do! It was crazy.”

Your singles Peter Pan, Love Me Like You Mean It and Dibs have had a huge impact on your career – why do you think those songs connected?
“Peter Pan changed my life, it really did. I’m a songwriter to my core and the day that being an artist quits me – I know it happens to everyone, and it will happen – when that day comes I will happily be a songwriter. It’s my favourite part of what I get to do. I think Peter Pan was the first real glimpse into the songwriter side of me. I knew, personally, I was going to be more proud of that song. I think because it was a little more vulnerable, had more depth and honesty, people related to it more. I feel like Love Me Like You Mean It and Dibs were very similar, and had this very flirty, fun, light-hearted vibe to it. But also, so many guys on country radio were having songs essentially calling dibs on a girl, and we thought it would be so funny to change it up and be like, I’m calling dibs! I think there wasn’t really a girl on the radio doing that, there was a lot of sad songs, and a lot of songs telling stories about life stuff, but there wasn’t any girl standing up and saying, I’m going to call dibs on a boy – I think that was a perspective that was missing.”

In terms of that missing female perspective, do you think with yourself, Maren Morris, Brandy Clark, Kacey Musgraves and so many more rising stars, that it’s more stronger in country at the moment?
“I just think it’s important – boy or girl, group or duo, whatever – to put out good music. I think for so long we were all swamped with the conversation of, Where are the women? Oh there’s a woman! Now there’s two! I think we’re past that which is really nice, Now it’s like, Who can make the best record? Let’s play that game! The records coming out right now are going to be around for years because everyone’s stepping up their game, it’s no longer male-dominated or female-dominated, it’s just like everyone’s trying to put out the best music they can. That’s what it should have been like since forever.”

In terms of stepping up your game, you released The International Version of The First Time in this year, do you have your sights set on becoming an international country star?
“I do, I do. The only time I’ve ever gone overseas to promote my music was in Australia last year and it was the coolest thing to go so far away from home and see people listening to the same music I do, and even a couple of my songs. It was one of the coolest things I’ve ever seen – as soon as I saw that I was like, Guys, we have to go everywhere! I get to come the UK twice this year – this May, and then I’m back with Lady Antebellum in October. I can’t wait, I’m going to be a tourist half the time. I literally can’t wait.”