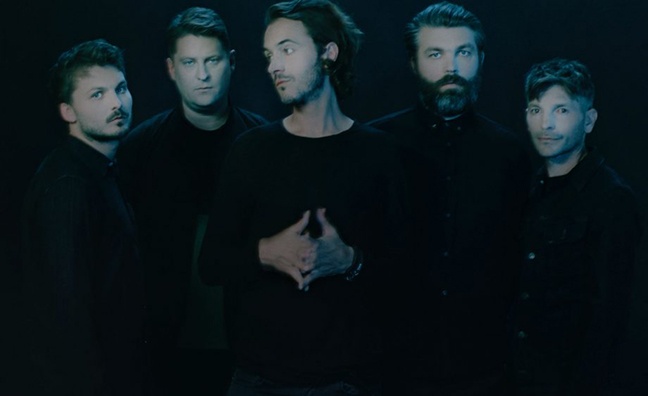 Editors frontman Tom Smith has told Music Week the band's new best of album has enabled them to take stock on their 15-year career.

"It's a chance to take stock, acknowledge what we've been up to for the last 15 years and even maybe celebrate it," said Smith. "I'm always a little bit scared of nostalgia because generally we like looking forward and thinking about making the next record, but the time felt right."

The band have made three LPs since the depature of original guitarist Chris Urbanowicz in 2012.

"We've made six records now – three when Chris was in the band and three records since," said Smith. "So there's a symmetry to it that made it feel like a good time to have a pause for nostalgia for a moment."

Editors, whose best-selling album in the UK is their 2005 debut The Back Room (559,404 sales, OCC) linked up again with Grammy Award-winning Garrett "Jacknife" Lee on the new tracks. The group previously worked with Lee on their second album, 2007's platinum-selling UK No.1 An End Has A Start (386,224 sales).

"Those three [new] songs were written quite quickly after [2018 LP] Violence," explained Smith. "We didn't really feel like getting stuck into a whole new album.

"The idea of working with Jacknife Lee was talked about, and he heard the demos and really loved the songs. It was quite nice to complete the circle and work with him again, because, for the most part, we don't really work with people more than once [because] we like doing new things.

"We had a really good recording session out in California with Jacknife and they felt fun, for the want of a better word, especially in terms of Editors' music. Something like Frankenstein is very poppy and melodic and immediate."

Smith added: "There's a certain kind of weariness that creeps in naturally when you've been around the business for so long, but [Lee] doesn't seem to have that – and that's quite unique. So that infectious fun crept in to the songs in the session and it felt kind of playful, there were no barriers. He was very much like. 'Editors are best when they're trying to be weird, just embrace that and run with it'."

The band will also embark on a 27-date European Greatest Hits tour in early 2020, which will include shows in Birmingham, Manchester, Dublin and Glasgow, with a landmark performance at London’s SSE Arena, Wembley set for Friday, February 28.