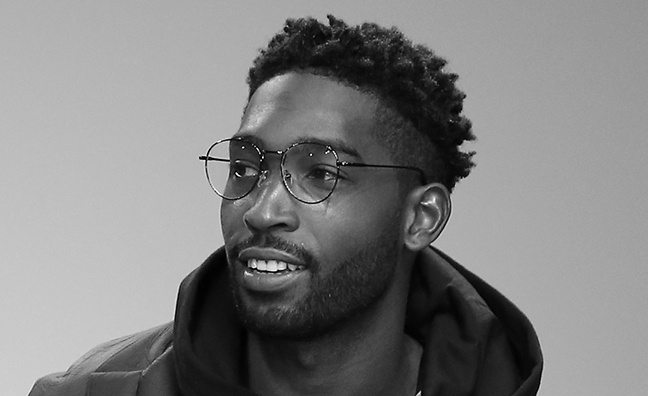 Tinie Tempah has revealed plans for a "collborative" recording project.

With seven No.1 singles and a multi-platinum debut album, the rapper is one of the most successful UK artists of recent years.

In the latest issue of Music Week, he talks about his burgeoning business empire at Imhotep with artists including Not3s. But he also revealed that he’s hard at work on a new recording project.

“I’ve had three Top 10 albums, I’ve had seven No.1s, I’ve sold millions of records,” he said. “I like to think that I’m entering a new season. I feel like the music is going to get even more progressive.”

Tempah said his recording career benefited from being surrounded by artists and producers from his Imhotep roster, including Drake collaborator Nana Rogues.

“For me, collaboratively it’s been really exciting just being involved in other people’s projects,” he told Music Week. “I have loads of people who I’m constantly collaborating with from the world of rap and grime, through trap and Afro swing, from the world of house and hip-hop. I’m always in the studio and creating, and I’m actually working on a project for this year - it’s going to be pretty collaborative and I’ll get a lot of people involved.”

The 2016 single Girls Like (feat. Zara Larsson) peaked at No.5 and racked up OCC sales of 1,029,284. But last year’s album, Youth, failed to match the success of the previous two records.

The rapper confirmed he was continuing to work with Parlophone on his music released via the Disturbing London label.

“Tinie is an amazing talent who’s paved the way for many of today’s great British artists,” Parlophone co-president Mark Mitchell told Music Week. “He’s a smart businessman, continuously evolving and I can’t wait to work with him on his new music.”