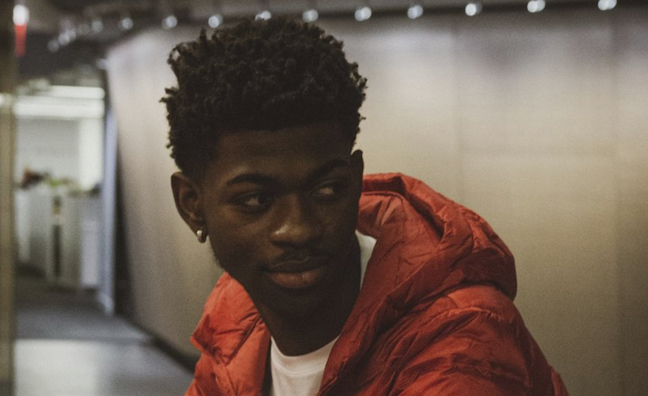 Lil Nas X has told Music Week that he’s entered “the good side” of the music industry.

The Atlanta rapper, who hit No.1 with viral smash Old Town Road in America and the UK, starred in Music Week’s On The Radar earlier this month.

Old Town Road has 422,322 sales in the UK so far, according to the Official Charts Company. Lil Nas X has no management deal and is signed to Columbia in the US and RCA in the UK.

Of his short time in the business so far, the 20-year-old said: “I’m entering the good side of the industry, I’m not really seeing too much of the shit that’s happening if I wasn’t where I was right now. As that goes everything’s fine so far, basically.”

“Have I had any time to work out how I feel? I guess every second I’m breathing, it’s not like it leaves my mind, everything that’s happening, it’s constant,” the rapper told Music Week. “I’m enjoying it and making sure I can take it to the next level.”

“I’m working on music all the time, on a variety of music that’s all going to be a part of this project,” he continued. “I’m not aiming for any direction, I’m just doing whatever feels right.”

I can never say what's going to happen

Old Town Road was driven by a deliberate meme campaign, and Lil Nas X said he would break boundaries again with his next releases.

“I was very aware, I knew [going viral] was my best shot. I definitely wouldn’t have been able to do it five or 10 years ago,” he said. “I can never say what’s going to happen next, but it’s going to work out.”